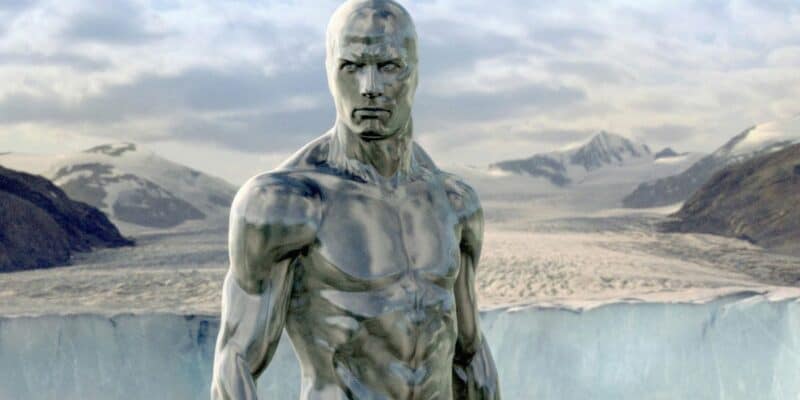 A new report claims that the Silver Surfer will appear in the MCU in his own solo project before Marvel’s first family.

The Silver Surfer is well-known as the Herald of Galactus, Devourer of Worlds. Fans know that Galactus is most likely arriving in the MCU at one point, with some fans thinking he could appear in Avengers: Secret Wars (2026). Galactus is a threat unlike anything else the Marvel Cinematic Universe has faced.

The cosmic entity devours all life to obtain the energy found on the planets. Norrin Radd’s Silver Surfer became Galactus’s herald in the comic and would lead his master to new planets to destroy. The problem was that Radd didn’t want life to die, but his explorations found him fewer worlds without sentient life. After Galactus consumed the first planet with people on it, Radd almost went insane due to guilt.

This forced Galactus to brainwash Radd and suppress his memories so that he could have no problem finding more worlds with sentient life. The Silver Surfer pointed Galactus toward Earth at one point, and then the Fantastic Four got involved. It’s important to point out that Marvel has already included the Silver Surfer in a Marvel movie in the 2000s, with Galactus being a cosmic storm and Doctor Doom stealing Radd’s powers.

Fantastic Four: Rise of the Silver Surfer (2007) won’t be what Marvel does again because they want Radd to be introduced into the MCU in a special presentation project. After seeing Werewolf By Night, fans are very happy with Marvel’s new focus on creating special presentations.

Due to Michael Giachino’s project’s success, The Cosmic Circus reports that Marvel is committing to the Silver Surfer appearing in a special presentation that must debut before the Fantastic Four arrive in the MCU in 2025. Nova is also reportedly getting his own presentation, so Marvel will be committing to having quite a few presentations linked to the cosmos.

The report states that their sources won’t confirm why the Silver Surfer special presentation must be released before the Fantastic Four, but they confirm that it will be an isolated story. One thing it could do is show fans how Radd guides Galactus to other worlds and perhaps show him accidentally sending his master to a world with sentient life for the first time.

This would force Galactus to brainwash his herald, and then the Silver Surfer would be set to arrive on Earth as he hunts for more planets with sentient life. With the Fantastic Four releasing after this, it’s possible that Marvel could connect the two projects, but that would also feel like Marvel is rushing forward to introduce Galactus.

It’s hard to tell, but a Silver Surfer presentation would be an excellent way for fans to see Galactus before he arrives in Secret Wars or earlier. The cosmic entity is a massive threat in the comics and even worthy of being the main villain for a saga leaving Marvel to consider if the villain should arrive before the Avengers and other super hero teams like the X-Men and Fantastic Four to defeat Jonathan Majors’ Kang the Conqueror for good.

What are your thoughts on a Silver Surfer project? Let us know what you think!

Phase Six is still a mystery for fans with several untitled projects, but it will start with the Fantastic Four movie on February 14, 2025. After that, Kevin Feige announced Phase Six would end with two Avengers movies — Avengers: Kang Dynasty and Avengers: Secret Wars, which could beat Avengers: Endgame as the biggest MCU movie.