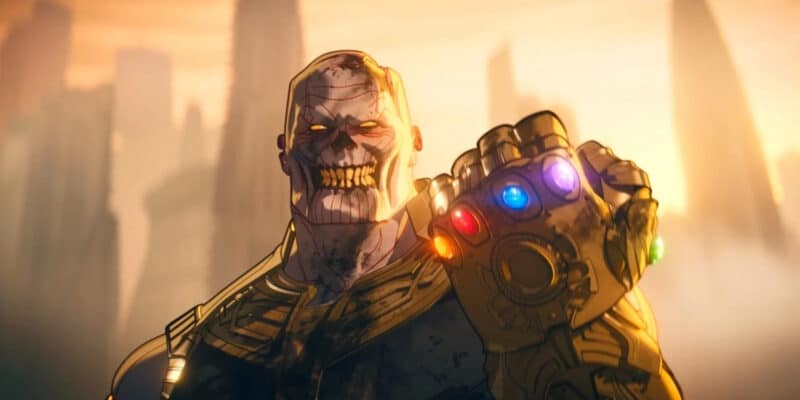 Marvel’s upcoming series has been revealed to release very few episodes when fans have been begging for longer seasons on Disney+.

In Marvel’s What If…?, fans got to see The Watcher observe different universes, and one episode was dedicated to learning what would happen if a zombie apocalypse happened in the MCU. The Avengers didn’t last long against the zombies, and the world was soon overrun by zombies.

The episode quickly showed more super heroes turning into zombies and left with a grim ending, but the series promises to continue the story with a new spin-off animated series. This time, the series will be TV-MA leaving more room for gore and violence, which everyone expects in a zombie series. This will be Marvel’s first dedicated series to going past the normal TV-14, and fans are excited to see what the MCU is willing to do.

Fans shouldn’t expect the series to be as long as other animated series, as the show is reportedly only going to be short and shorter than any other MCU Disney+ series. According to an interview by Comicbook at New York Comic-Con, Zeb Wells, one of the executive producers, revealed the episode count:

“So I did not do [the Zombie episode] but I’m doing the spin-off. So it’s not out yet. But I love that episode too, so when I got the call that they were going to do a spin-off from that episode, I was like ‘oh yeah, let’s do it.’ So it’s four episodes, not sure when it comes yet, but it’s looking really cool.”

With no confirmed release date and only four episodes, Marvel’s Zombies will be unique but shockingly a brief adventure. Most likely, the series will have a typical runtime leaving many excited fans to be disappointed. One of the potential reasons why the series might be shorter is that the episode ended with the apocalypse already in control of several of the most powerful super heroes and villains.

Thanos was turned into a zombie with the infinity gauntlet right at the end of the series, and since the show won’t introduce heroes before their eventual debut into the MCU, it seems like the zombies have all the resources to overtake the universe.

If the heroes stood a chance, they would need the X-Men and Fantastic Four, but it seems that the team won’t have anymore who would be able to find a way to save what’s left of the universe or be able to stop the zombies from invading other worlds due to the Space Stone in Thanos’s control.

4 episodes would be plenty of time for the heroes to make their final stand without dragging the story out and could’ve been longer if Marvel threw in other super hero teams, but since they haven’t been revealed in the MCU yet, Marvel doesn’t want to show off the heroes just yet.

Are you worried about the short season for Marvel’s Zombies? Let us know what you think!

Comments Off on New MCU Series Reportedly Only Releasing 4 Episodes