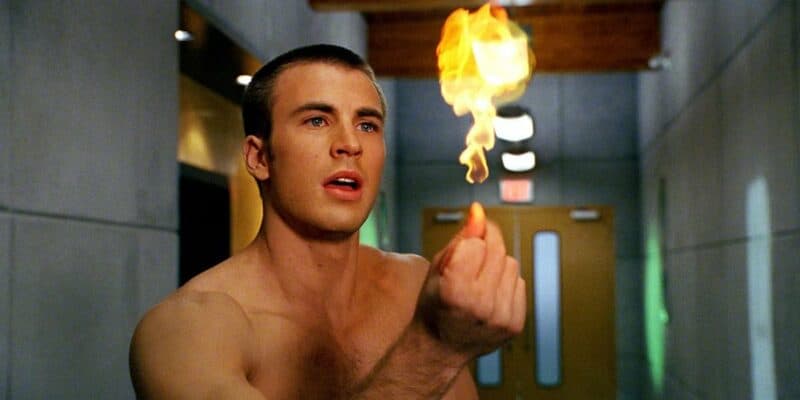 Ryan Reynolds might end up creating one of the craziest MCU movies ever made, with Chris Evans potentially reprising his role as the Human Torch.

In the early 2000s, Fox released two Fantastic Four movies, which were fun but not widely popular. Fox didn’t continue the franchise but favored doing a reboot ten years later, which didn’t go well for them either. So far, the Fantastic Four has had a disappointing time in live-action despite being some of the most popular Marvel characters.

With Dr. Doom and the Fantastic Four set to enter the MCU very soon, fans are beyond excited to see Marvel’s first family join the party. Yet, fans are still years out from seeing the iconic super hero team, but there’s a new rumor suggesting otherwise.

The Multiverse acts in mysterious ways, and it seems that Ryan Reynolds might take a scenic trip through the Fox universes and visit past projects before joining the MCU. That’s why Hugh Jackman will be starring with Reynolds, as fans will see Wolverine and Deadpool in the same movie.

This rumor was sent by Daniel RPK’s Patreon, a well-known insider who tends to be consistent with his information. He did clarify that this was a rumor and didn’t promise that it was the truth, but he did say that the Fantastic Four would be joining Deadpool in the adventure, but would be the team from the 2000s with Ioan Gruffudd and Jessica Alba.

That team also included Chris Evans, who later became Captain America, but now, Evans could reprise his role as Johnny Storm since it wouldn’t affect his tenure as Cap. This could lead to some hilarious moments and further set up why the Fantastic Four aren’t in the MCU already.

While fans love how interconnected the storytelling is with Marvel, there are some glaring issues with the MCU continuity. It’s hard to justify why the Fantastic Four suddenly pop up, so fans will have to wait to see what Marvel does to explain it. The same thing could be said about Mutants and the X-Men, but Marvel will have to think of something clever to help explain how come the Fantastic Four suddenly show up when they do.

Are you excited for Chris Evans to potentially be the Human Torch again?