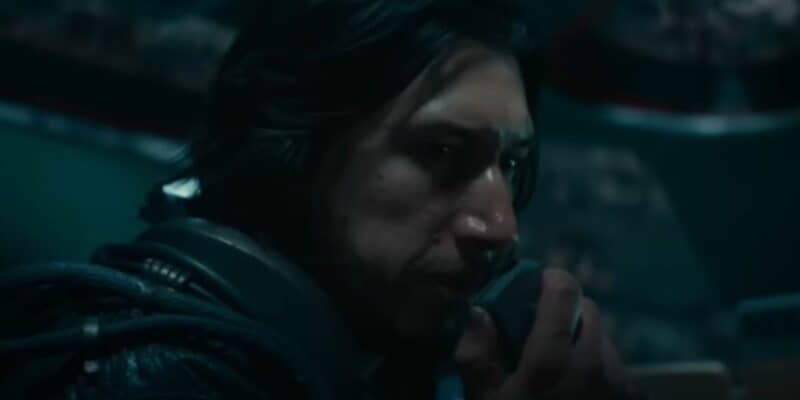 Star Wars icon Adam Driver has swapped the faraway galaxy for our own, in a brand-new film titled 65 (2023), which is set for release early next year. And now, we have our first look in the form of an official trailer.

65 might look out of this world, but it’s not. The sci-fi adventure thriller actually takes place on Earth 65 million years ago (hence the title) and as such, stranded pilot Mills (Adam Driver) and fellow survivor Koa (Ariana Greenblatt) find themselves battling prehistoric predators in a “Jurassic world” (although it’s probably the Cretaceous).

It will be refreshing to see another blockbuster about dinosaurs, with the Jurassic Park franchise having seemingly had the monopoly on them for the last 30 years. Now that there’s no Jurassic sequel in sights, perhaps 65 will satisfy audiences’ needs for more prehistoric mayhem.

It will also be interesting to see Adam Driver take on a lead action role, as he has become synonymous with the villainous character of Ben Solo/Kylo Ren in the Star Wars sequel trilogy. This time, though, it looks like he’s the good guy, and those creatures in the trailer certainly don’t look like anything he might have encountered on Tatooine…

Related: All Dinosaur Fights In the ‘Jurassic Park’ Franchise Ranked

As per Wikipedia, here’s the synopsis for 65:

After a catastrophic crash on an unknown planet, pilot Mills quickly discovers he’s stranded on Earth… 65 million years ago. Now, with only one chance at rescue, Mills and the only other survivor, Koa, must make their way across an unknown terrain riddled with dangerous prehistoric creatures (including dinosaurs) in an epic fight to survive.

Are you excited for 65? Let us know in the comments down below!