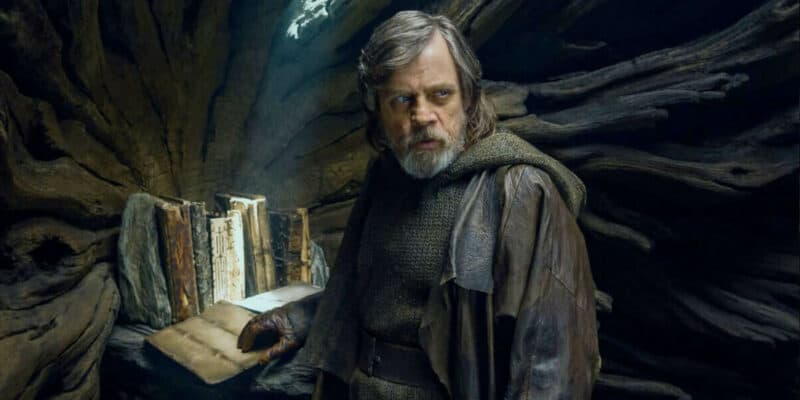 An interesting choice on the part of Lucasfilm.

In the eyes of the Star Wars fanbase, the sequel trilogy had a strong start. Star Wars: Episode VII – The Force Awakens (2015) still holds the number four slot of the highest-grossing movies of all time, and audiences were excited to see where the franchise went with the new trilogy. There was a whole new world of possibilities, with fun and meaningful appearances by legacy characters like Leia (Carrie Fisher), Chewie (Peter Mayhew), Han Solo (Harrison Ford), and even Luke Skywalker (Mark Hamill).

The next installment, however, divided the fanbase. Many fans enjoyed Star Wars: Episode VIII – The Last Jedi (2017, and the direction it took new characters like Rey (Daisy Ridley), Finn (John Boyega), and Poe (Oscar Isaac), as well as the characters from the original trilogy. Other fans did not: complaints were plentiful, from Luke’s (Hamill) character development to the now infamous Mary Poppins moment that Leia (Fisher) had.

This delineation only continued with the release of the next sequel in the trilogy, Star Wars: Episode IX – Rise of Skywalker (2019). Some fans who thought Last Jedi was terrible saw it in a new light following the last installment of the Skywalker Saga; others hated both, sand till others loved both. The only thing that every fan could agree on was that the franchise would never be the same again.

Today Star Wars has made an interesting choice with the divisive film. On the fifth anniversary of the release of The Last Jedi, the studio has taken to social media and posted several pictures commemorating it’s release:

Light. Darkness. A balance. Five years ago Episode VIII was released in theaters. Behind the scenes of The Last Jedi.

Light. Darkness. A balance. Five years ago Episode VIII was released in theaters. Behind the scenes of The Last Jedi. pic.twitter.com/oj2JoBkk9G

As always, Star Wars fans were quick to respond, and weren’t shy with their feedback. Unsurprisingly, the responses reflect the same sentiment as when the film, and it’s sequels were released.

Honestly, Overhated movie, way too overhated the cinematography was great and action and visuals are good, defenetly enjoyed this movie 5 years ago!

Honestly, Overhated movie, way too overhated the cinematography was great and action and visuals are good, defenetly enjoyed this movie 5 years ago!

On the other hand, there were detractors with very strong feelings:

The movie that ruined the franchise and turned possibly the greatest character ever into a hollow contradiction of his former self pic.twitter.com/fzjW9TssY9

by far the worst movie in the entire saga

by far the worst movie in the entire saga

In a franchise that continues to have a divided fanbase, it’s interesting to see Lucasfilm/Star Wars shining a light on such a controversial moment in their history. Time will tell if fans soften towards the film, but there has been significant fallout: Rian Johnson, the director of Last Jedi was promised a Star Wars film trilogy of his own which is no longer in the works, and even Lucasfilm President, Kathleen Kennedy has been the subject of many campaigns for her dismissal.

What did you think of The Last Jedi? Let us know in the comments below!