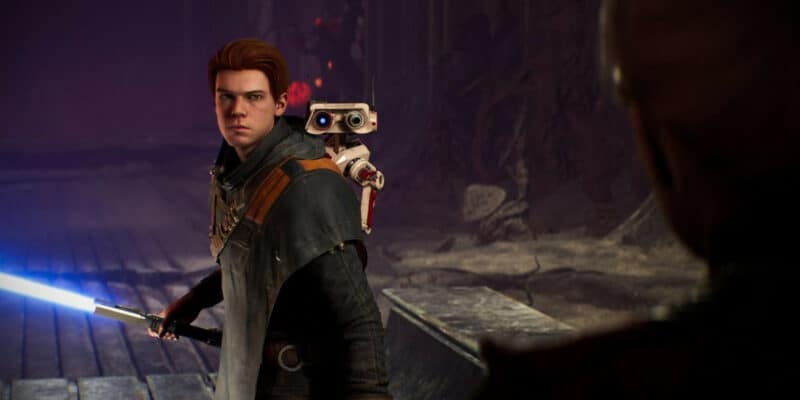 Jedi: Survivor is still coming out, and fans will finally know when it will release in just a few days.

Star Wars has kept many of its upcoming projects secret and haven’t allowed many secrets to slip over the past few months. With The Mandalorian finally announced to release in March, fans were beginning to wonder what would happen to Jedi: Survivor after a new book set before the sequel, Jedi: Battle Scars, finally got some significant details revealed.

Cal Kestis instantly became a fan-favorite after facing the Inquisitors and surviving a duel with Darth Vader in Jedi: Fallen Order. His adventure allowed fans to explore iconic planets like Kashyyyk and Dathomir, with secrets like a double-sided lightsaber being unlocked early if you survive the first section of Maul’s home planet.

Now, Cal’s story will continue, and Respawn has made it clear that the Jedi will be facing a darker, more mature adventure this time. He’s no longer a lost apprentice but a true Jedi fighting the Empire with the Mantis crew. Cal may have killed a few Inquisitors, but the Empire has more dangerous villains than fallen Jedi.

Cal faced Vader and didn’t stand a chance, and he knows this. The story will also take place at the same time as Obi-Wan Kenobi leaving Vader to be preoccupied with finding his own Jedi Master, but other Inquisitors can be sent to hunt down Cal as he makes his presence more known. Cal can’t be too much of a hero as the Rebels crew on Lothal already has two Jedi, and rumors of several Jedi would cause Ezra Bridger and Kanan to search for more force users being hunted by the Empire.

None of them have met at the moment, but that doesn’t mean that Jedi: Survivor won’t have Cal meet another Jedi show up. Thankfully, Cal Kestis’s next adventure will get some new details to fans with a gameplay trailer on December 8th:

With March or May being the rumored release month for the videogame, it makes sense that the marketing would have to ramp up soon with a release date finally announced. With more details and a clear idea of what the Sequel will include, fans will have a good reason to be hyped and be ready to play it on day one.

If the videogame is released in March, Star Wars will have a fantastic month of content with The Mandalorian, The Bad Batch, and potentially Jedi: Survivor all releasing in March. If so, fans might have to be prepared for all the upcoming content because there will be a lot of big moments in each project. Another detail is that Din Djarin’s journey into Star Wars began almost the same time as Cal Kestis, as both projects were released one day apart from each other.

Additionally, a new leak on Steam reveals that the game might release on May 15 with a lot of interesting cosmetics if you preorder allowing you to wear iconic outfits from the Original Trilogy:

Do you think Jedi: Survivor will release in March? Let us know what you think!

Star Wars may be about a galaxy far, far away, but it’s full of amazing stories and characters. Fortunately, those stories continue to be made as Lucasfilm promises to tell character-driven stories in Obi-Wan Kenobi, Andor, Ahsoka, The Acolyte, and of course, The Mandalorian.