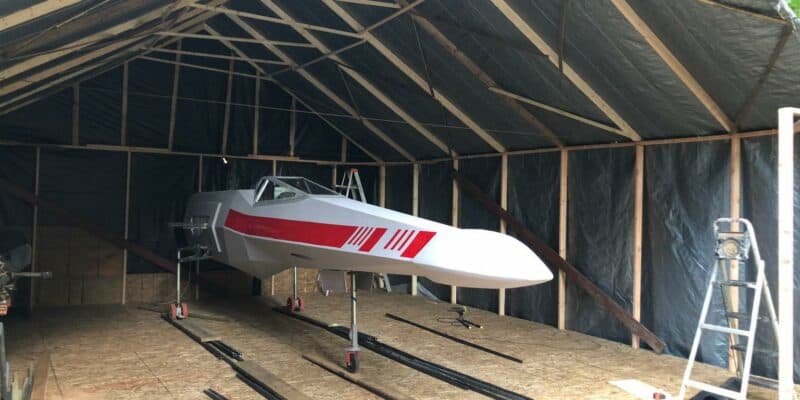 A doctor named Akaki Lekiachvili from Atlanta, Georgia has created a life-size X-Wing from Star Wars.

And it’s for sale.

Six years ago, in 2016, Akaki started this journey to build every boy’s dream- an X-Wing Starfighter.

The X-wing was a class of starfighter used by the Rebel Alliance in their conflict with the Galactic Empire. This was the spacecraft piloted by Luke Skywalker and the Red Squadron when Luke destroyed the Death Star.

Anyone want to buy a full-size Star Wars X-Wing? https://t.co/qL4I3N7c3W

On the “About” section of his website he writes: ” One dreamer embarked on his own journey to bring the story to life, building a life size, computerized, fully operational X-Wing starfighter from Star Wars: A New Hope. The project was adopted and adored by the local community.”

Yoda says, “Do or do not. There is no try.” Let’s see what we can do together.

Akaki Lekiachvili isn’t the only Star Wars fanatic to want to help out Ukraine in some way, shape, or form. Luke Skywalker himself, Mark Hamill, has also done his part in helping out Ukraine.

Related: Mark Hamill is Hanging Up His Lightsaber for Drones for Ukraine

Initially he built the X-Wing to teach kids about science and technology. But now he’s using the homemade aircraft as a public attraction; collecting donations from fans and using the funds to supports Ukrainians.

@XWingHerself- Even Jedi needs some shade when Atlanta feels like Tatooine.

If you’re in Atlanta, and you happen to have enough Galactic Credit, maybe you can be the proud of owner of an X-Wing Starfighter.

What’s the craziest Star Wars memorabilia you own? Let us know in the comments.