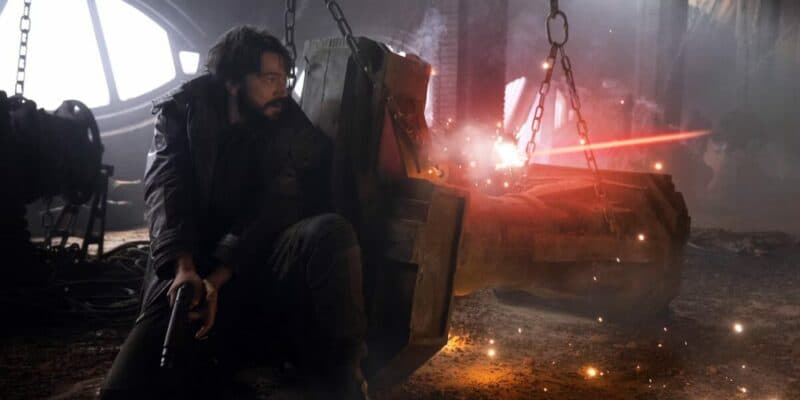 May the Force be not with you?

A few key Star Wars elements were conspicuously absent in the first season of Star Wars:Andor (2022), not the least of which was anyone that could use the Force. A key part of the Star Wars mythology, even casual fans recognize Force users like the Jedi and the Sith with their distinctive weapons and abilities, but, those guardians of peace and justice were left out of Andor. This wasn’t an oversight, however, but a very conscious decision.

In a recent interview with Collider, Tony Gilroy, director and producer for the series, shared why they made the choice to leave Force users out of the plot entirely. When asked by the interviewer if the people on his adopted home planet of Ferrix know about the Jedi, or the Force, Gilroy responded:

“That’s one of the first things I asked. And you know what? Most people don’t know. I don’t think anybody on Ferrix knows anything about it. I don’t think so.”

As shocking as it may seem to fans, it really does make a lot of sense given the scope of the Star Wars universe. Countless planets, with their own cultures, some that even the Empire hasn’t reached, it would only stand to reason that a small group of religious devotees, who’s order was destroyed years before the events of Andor, and Rogue One (2016) might well be unknown. Gilroy went on to talk about just that:

“I mean, how many beings are in that gigantic galaxy? I think the vast majority of all of the creatures and beings and sentient things that are in the galaxy, I think the knowledge of the Jedi and the lightsaber is a pretty small number.”

While some fans are conflicted on this front, it ultimately made for a story that was focused on Cassian Andor (Diego Luna), Luthen Rael (Stellan Skarsgård), Mon Mothma (Genevieve O’Reilly) Saw Gerrera (Forest Whitaker), and others. Regular people, no special powers, no special weapons, just a drive and determination to topple the oppressive regime of the Galactic Empire. The season finale of Andor is currently steaming on Disney+.

What did you think about the decision to leave Jedi out? Let us know in the comments below!