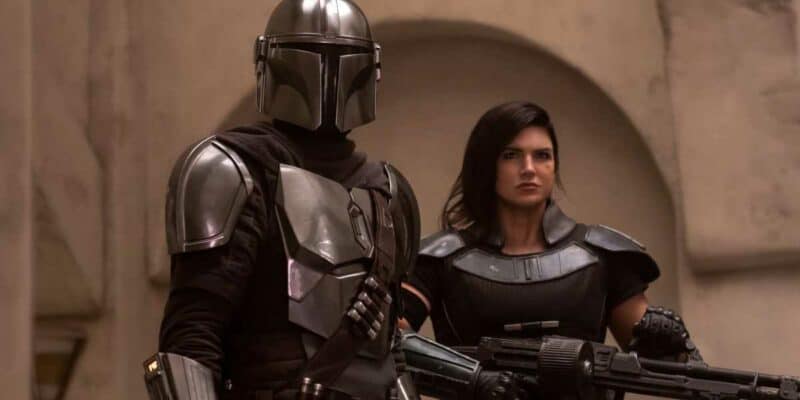 After months and months of speculation, Lucasfilm has finally confirmed when fans of the gritty, neo-Western sci-fi drama, The Mandalorian, can expect the bounty hunter back on screen.

But, it’s not all good news.

The Mandalorian, led by the fan-favorite Pedro Pascal as bounty hunter Din Djarin, launched way back in 2019 with the arrival of The Walt Disney Company’s streaming service, Disney+. So far, the two eight-episode seasons have captured audiences making showrunner Jon Favreau’s TV series the most acclaimed in the Star Wars catalog.

Diverting from the chains of the Skywalker Saga, and offering a snapshot of the timeline separate from both the Clone War and the rise of the Rebel Alliance, The Mandalorian focuses on Din Djarin’s quest to reunite his bounty-turned-son, Grogu (AKA “Baby Yoda”) with his kin, the Jedi. However, as fans of the galaxy far, far away saw in the Mando spinoff series, the lackluster The Book of Boba Fett, Pascal’s Mandalorian was reunited with his small green friend after the latter decided to forego his training with Jedi Master Luke Skywalker (Mark Hamill) and rejoin Djarin’s quest.

There’s a lot that The Mandalorian Season 3 needs to explore when it returns to screens next March. From the contention over the Darksaber and what that means for his ally and Nite Owls leader Bo-Katan Kryze (Katee Sackhoff) and Mandalore, Moff Gideon‘s (Giancarlo Esposito) ongoing Imperial crusade, and the exploits of Dr. Pershing (Omid Abtahi) and his experimentation of Grogu.

And while this all seems to be the makings of a stellar follow-up to Favreau’s previous entries into the Star Wars canon, Lucasfilm has robbed fans of the ultimate Star Wars experience.

Prior to the announcement of The Mandalorian Season 3’s release date, which happens to be March 1, 2023, Dave Filoni’s own series, Star Wars: The Bad Batch had already been confirmed to commence on January 4. The second season will once again be developed by Filoni and Jennifer Corbett with Brad Rau acting as supervising director and follows Clone Force 99 — the eponymous Bad Batch — on their continued endeavors to denounce the Galactic Empire and protect the young clone Omega (Michelle Ang).

The first season of The Bad Batch was a hit with the 16-episode TV show getting into the aftermath of Chancellor Palpatine’s activation of Order 66 and the subsequent destruction of Tipoca City on Kamino — the historic birthplace of the Republic’s, and later the Empire’s, Clone Army. And thus the second season of the Dee Bradley Baker-led animated series looks set to only build on the events of its predecessor.

But Lucasfilm has unprecedently clashed two of its canon television shows. That’s right, there will come a time as The Bad Batch nears its close in March next year that the animated series will cross paths with the debut of The Mandalorian, meaning fans will have to choose between either the adventures of Din Djarin or the those of Wrecker, Hunter, Tech, Echo, Crosshair, and Omega.

The Bad Batch‘s episode release schedule can be seen in this announcement from Jennifer Corbett:

You read that right, #TheBadBatch fans. You’re getting a 2 episode premiere, a 2 episode midseason, and a 2 episode finale. It all starts January 4th 2023 on Disney+!

You read that right, #TheBadBatch fans. You're getting a 2 episode premiere, a 2 episode midseason, and a 2 episode finale. It all starts January 4th 2023 on Disney+! pic.twitter.com/hhVp9j2Qcn

The above episode release dates show that there will be six episodes that clash with The Mandalorian Season 3, including the show’s massive two-part finale on March 29. This is an unprecedented move for Lucasfilm who have never released two mainstream canon television shows at the same time. You could argue the release of Star Wars: Tales of the Jedi at the same time as Tony Gilroy’s Star Wars: Andor could class as the same sort of clash, but the animated shorts do not hold the same prestige as either The Mandalorian or The Bad Batch.

It is interesting that Lucasfilm and Disney are moving forward with a double release considering the Obi-Wan Kenobi and Ms. Marvel debacle made Marvel Studios move their MCU releases to a Thursday in order to not clash with the Star Wars entries.

That being said, it may be a moment for Star Wars to uniquely allude to or call back to events of either show. In fact, many are speculating that Grogu could appear in The Bad Batch‘s fifteenth episode “The Summit”. Fans are seeing similarities between the title of this particular episode and the events of the Season 1 finale which found Nala Se (Gwendoline Yeo) being transported to the Imperial facility on Mount Tantiss — the home of Palpatine’s cloning facilities that originally appeared in Star Wars Legends. And as the hunt for and experimentation on Grogu seems set to be a focal point in Mando Season 3, there is a chance The Bad Batch will nod to its live-action cousin.

Do you think it’s bad that Lucasfilm is releasing two shows at the same time? Let us know in the comments down below!