"This Is the Way" - 'The Mandalorian' Season Three Release Date Announced! - Inside the Magic 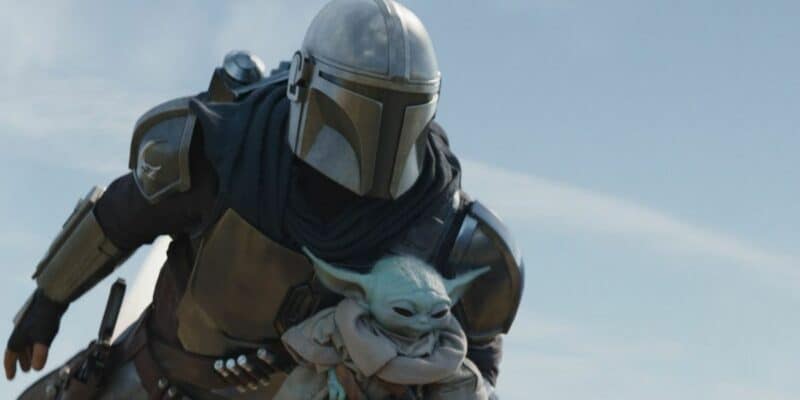 Din Djarin (Pedro Pascal) and Grogu (Himself) are back!

Almost, anyway. One of the most popular projects from the Star Wars universe since the Original Trilogy, The Mandalorian (2019) has been a wild ride. Keeping things under wraps, the first season was a total surprise to fans, following the steps of Din Djarin (Pascal), a Mandalorian bounty hunter who discovers a mysterious creature, known for quite a while as simply, “The Child” (“Baby Yoda” to fans), who immediately stole the hearts of audience members the world over.

Two seasons later, and more than a cameo in The Book of Boba Fett (2021) and fans are smitten with the affectionately dubbed Mando (Pascal) and Grogu, and have been waiting with bated breath for the Third Season. Teasers and full on trailers released since the end of Season Two have promised an action packed and emotional installment to the Disney+ original series, and the promise of a return to a Star Wars:Clone Wars (2020) era location: The planet Mandalore itself. All of this news, and fans still only knew there was to be a 2023 release date, but if that was to be fall, spring, or summer, no one had any clue. Until today!

What will the heroes face in the new season? At this point it’s hard to say, except that we know there is bound to be some tension between Mando (Pascal), and the apsiring leader of the Mandalorian, Bo-Katan (Katee Sackhoff), as the leadership of their once proud planet is once again in dispute. For further details, fans will just have to wait, but for what day? Today, in a surprise announcement on Twitter, the official Star Wars account just made clear when Mando (Pascal), Grogu, Greef Karga (Carl Weathers), Bo-Katan (Katee Sackhoff) and others are to make their return in The Mandalorian Season Three:

The Mandalorian and Grogu return March 1 only on

The Mandalorian and Grogu return March 1 only on @DisneyPlus. pic.twitter.com/TArlFDw9ET

Coupled with an image from the new season of the two central protagonists, this surprise announcement has rocked Star Wars fans just one week after the release of the season finale of Andor (2022). It seems that the return of Bob Iger may also have heralded the return of his policy of regular content releases. Hopefully for fans, this rings true, and the content like Andor and the Jon Favreau created Mandalorian are indicative of the high caliber projects we can expect, and in greater volume in the coming months and years. Will we see the return of Moff Gideon (Giancarlo Esposito) or Luke Skywalker (Mark Hamill)? We’ll find out on March 1, 2023.

What do you hope to see in Mando season three? Let us know in the comments below!

Comments Off on “This Is the Way” – ‘The Mandalorian’ Season Three Release Date Announced!