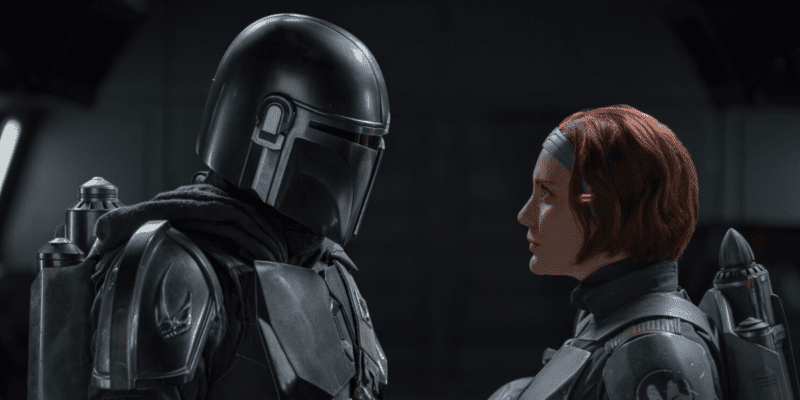 A new report might have just confirmed when Pedro Pascal’s The Mandalorian Season 3 will release.

After San Diego Comic-Con revealed the trailer for Season 3 for all fans, everyone is excited to see Din finally go to Mandalore. This time around, The Mandalorian won’t be shy about bringing in more Mandalorians, as the season has already teased major fights with lots of Mandalorians involved.

With Din trying to earn back his honor to be worthy of a Mandalorian, he will reunite with Katee Sackhoff‘s Bo-Katan Kryze as she is ruling Mandalore. Since Din has the Darksaber, things probably won’t go well. Giancarlo Esposito‘s Moff Gideon was hidden away in the trailer, leaving fans to come up with dozens of ideas of what the arrested Moff will be up to this season.

Now that The Book of Boba Fett has reunited Din with fan favorite Grogu, fans are more than happy to see the duo in action, but Star Wars hasn’t given fans any idea of when to expect the series besides saying “February 2023.” A new report from Making Star Wars claims to have a source stating that the release date for the season is February 22, 2023 which makes sense.

The Mandalorian is one of the most significant projects for Disney+, and it makes sense that it would need all the time it can get for editing and visual effects. With The Mandalorian Season 2 releasing over a year ago, Lucasfilm should’ve had plenty of time to get everything perfected, as fans are now expecting bigger and better things due to what they’ve seen in the trailers.

This release date will still interfere with another Star Wars Disney+ series, but that seemed inevitable based on their release windows. Initially, The Bad Batch Season 2 was set to debut right after a few episodes of Diego Luna’s Andor dropped, but the project was delayed several months and now will debut in January.

These changes place The Bad Batch to start and potentially end after The Mandalorian Season 3 has released all eight episodes leaving fans constantly have two episodes to watch every week. For once, it seems that Star Wars fans are being blessed with a lot of Star Wars content, and it might just continue to happen with 2023 boasting a more extensive variety of content than any other year.

At the moment, fans will see The Bad Batch Season 2, The Mandalorian Season 3, Rosario Dawson’s Ahsoka, Jedi: Survivor, and potentially Skeleton Crew. Fans will have a lot to watch this year, hopefully making up for Lucasfilm dropping the ball and not having a Star Wars movie release in December 2022 as they promised a few years back.

What are your thoughts on The Mandalorian Season 3’s potential release date? Are you excited about the new season?