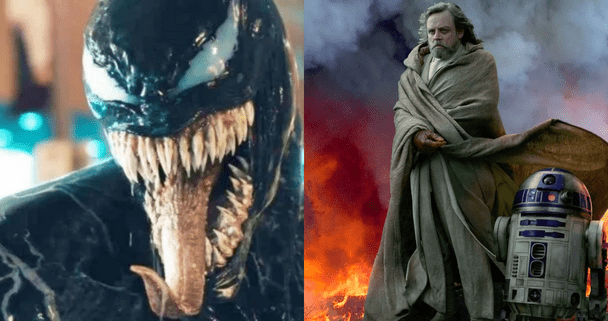 Tom Hardy’s Venom 3 gets a brand new director and might suffer the same fate as the Star Wars Sequel Trilogy due to this recent announcement.

Related: ‘Venom 3’ Might Be Tom Hardy’s Final Movie, Teases Spider-Man As the Villain

There’s a reason that super hero movies tend to keep the same director attached to the project. If the franchise constantly changes directors, the overall narrative gets messy due to creative differences. That’s why Marvel let Jon Watts direct the Tom Holland Spider-Man trilogy, James Gunn directed the Guardians of the Galaxy trilogy, and the Russo Brothers did both Avengers: Infinity War (2018) and Avengers: Endgame (2019).

Obviously, the MCU didn’t keep the same director for every super hero, but they never allow a character to have multiple directors due to the threat of creative differences. Sadly, Tom Hardy’s third film might deal with that issue. Ruben Fleischer directing Venom (2018) and Andy Serkis directing Venom: Let There Be Carnage (2021), fans have seen two different iterations of the character and now fans will get a whole new approach with Venom 3.

Deadline announced that Kelly Marcel would direct the movie as Sony chose her for the director’s chair due to her previous work as one of the producers for Venom 1 and 2. This means that Marcel is familiar with the work and will be helping pen the script with Hardy for the new movie.

The report was unsure whether or not Venom 3 would bring back other characters from the previous two movies or if the movie would be set in the MCU. Right now, those details are murky, but Sony probably will keep the movie out of the MCU unless they want Tom Holland’s Spider-Man in the movie.

This is very similar to Star Wars Sequel Trilogy as each director initially passed the baton to the next director, leaving them to figure out a new story based on what the previous director did. While Serkis wasn’t as radical as Rian Johnson was with Star Wars, Serkis did make Hardy’s Venom more of an action thrill ride rather than explore the character’s life now with the symbiote and coming to terms with his new lifestyle.

Fans should be concerned that the third movie might have to rely on Spider-Man being the selling point, as Venom 2 didn’t do as well at the box office. If Tom Holland’s Spider-Man is central to the plot, then the franchise will take a drastic right turn which might be good, but Venom’s identity as a franchise is nonexistent as the trilogy doesn’t have an overall vision like other MCU movies or super hero trilogies.

The most well-known super hero trilogies were directed by the same director and held a solid consistency between connecting events and characters to previous moments and furthering the story and world the hero lived in. Tom Hardy’s Venom can’t do that well, which might be okay, but Venom 3 isn’t geared toward greatness at the moment, just like how Episode IX — The Rise of Skywalker (2019) wasn’t making fans excited.

Venom 3 has the potential to prove to fans that Sony can do way better than Jared Leto’s Morbius (2022), but fans will have to wait and see what the final product looks like.

What are your thoughts on Venom 3 getting another director? Let us know what you think!