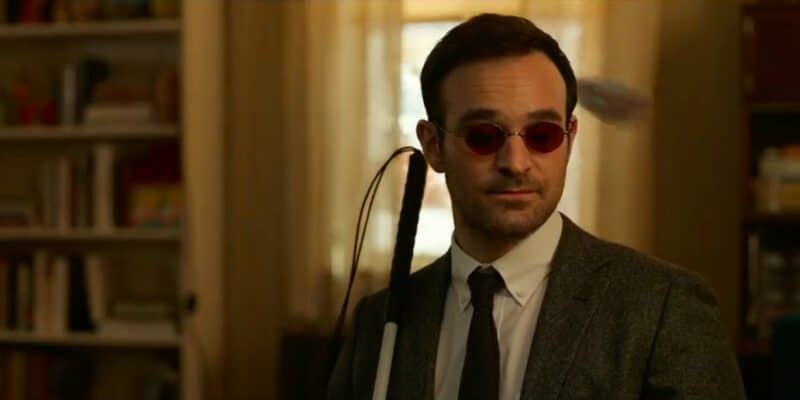 With Tom Holland’s Spider-Man 4 reportedly releasing in July 2024, other sources indicate that the movie might directly tie into Charlie Cox’s Daredevil: Born Again.

Marvel’s significant announcements at San Diego Comic-Con may have attracted a lot of hype once the two Avengers movies were announced, but no one was prepared for Daredevil: Born Again to be announced as the most extensive MCU series to date, with 18 episodes for its first season.

Born Again is already reported to include the other Netflix Marvel super heroes and introduce them to the MCU, but a new source claims that Daredevil might end up working with Spider-Man. The two had already worked together with their alter egos as Matt Murdock helped Peter Parker with some legal issues from Damage Control in Spider-Man: No Way Home (2021).

D’Onofrio entered the MCU through Jeremy Renner’s Hawkeye and will return in Alaqua Cox’s Echo alongside Charlie Cox’s Daredevil. Spider-Man and Daredevil have been talked about as potentially the leaders for the “street-level” super heroes that Marvel wants to introduce.

According to The Cosmic Circus, Spider-Man 4 will bring Daredevil and Spidey into a working relationship as the two will work together to stop Vincent D’Onofrio’s Wilson Fisk/Kingpin.

Given that the series will debut in the Spring of 2024, it could work out that it could end right before the reported release date for Spider-Man 4 (July 12, 2024) and serve as a continuation of Daredevil’s story. The problem is the filming schedule for Daredevil: Born Again might conflict with Spider-Man 4‘s filming schedule.

Born Again will require extensive filming with Charlie Cox and Vincent D’Onofrio for the series since 18 episodes is a large amount of footage. It would be very difficult for both actors to be involved with the movie that would debut unless they worked nonstop for months as the characters.

Since this is a rumor, some details will likely change since Spider-Man 4‘s release date does conflict with The Thunderbolts (2024), as they are just two weeks away from each other. If anything, Marvel will push Spider-Man 4 towards the end of 2024 if Daredevil and Kingpin are involved in the movie.

If Marvel seriously believed that both projects could be finished and released in succession, one of the projects would have to begin filming sooner to allow the actors enough time for each project since it’s no easy process playing these characters for long periods.

Fans would lose their minds if Daredevil and Spidey worked together to take down Wilson Fisk, but this will probably only happen if Spider-Man 4′s release date gets pushed back. Sadly, fans already had to witness so many delays, with four movies getting pushed back and one untitled MCU movie being removed from the schedule.

Do you think Spider-Man will team up with Daredevil? Let us know what you think!