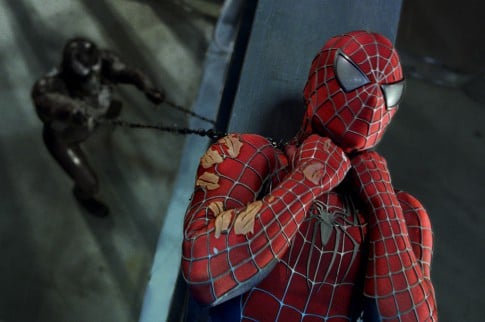 Tom Hardy’s Venom might get to finally meet Spider-Man in what might be his last movie as the titular antihero.

Over the years, Sony has made a lot of different Spider-Man movies and spinoffs, but no one was expecting Tom Hardy to play Venom when he did back for the first movie, Venom (2018). After the success of the first, Hardy helped start a new phase for Sony as the studio pushed other Spider-Man villains to get their own spinoffs.

After Hardy’s Venom/Eddie Brock was teleported into the MCU, fans have been curious about what the character will be up to since his symbiote counterpart wants to meet Spider-Man. While fans thought Hardy would face Tom Holland’s Spider-Man, it’s possible that the antihero could end up facing another Spider-Man like Andrew Garfield instead.

With fans speculating when they would see Spider-Man next, Tom Hardy teased Spider-Man’s return in his recent Instagram post with the Venom 3 script. The actor included the phrase “last dance” and had the letter “S” connect a small drawing of Venom to the number 3.

While this could easily be nothing, fans are willing to believe that Spider-Man could be the antagonist of the movie.

It would make perfect sense for Venom to start looking for Spider-Man once he gets back to his universe. Since Eddie Brock is a journalist, he could figure out if anyone is named Peter Parker very quickly and it would lead to an interesting meeting between Parker and Venom if the movie takes this route.

While Spider-Man has always been seen as the hero, Sony could easily make Venom 3  have Venom be in a frenzied state trying to find Spider-Man. While Spider-Man would be the symbiote’s enemy, the movie could still portray him as the hero with Venom being more like the typical villain.

Tom Holland has decided to take an acting break for a little while meaning that he probably won’t be around to play Spider-Man for the movie, but Sony has hinted that Garfield or Tobey Maguire might return for future projects and one of those actors could easily play the part. Many fans believe Garfield is the Spider-Man for Venom’s universe after some teases in Jared Leto’s Morbius (2022), but nothing has been officially confirmed.

Fans have enjoyed seeing Venom, but Spider-Man being the antagonist would make the movie a must-see for fans just because the two characters are fan favorites and it would be great to see them fight once again.

Do you believe Andrew Garfield will play Spider-Man again? Let us know what you think!