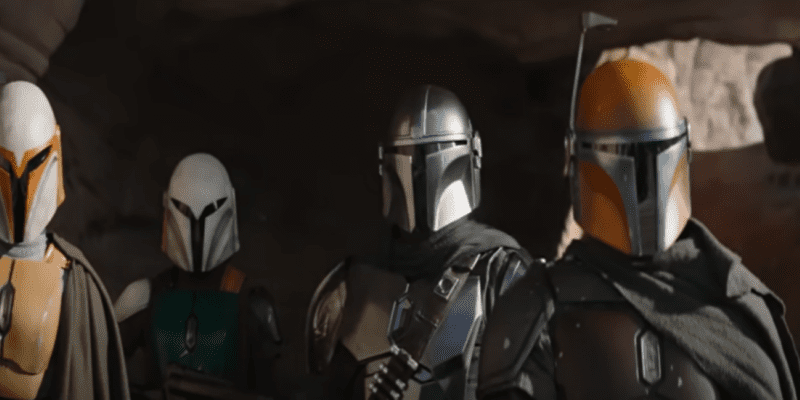 Christmas is a time full of gifts and laughter, and The Mandalorian wants to join the fun this year. Instead of releasing a ton more merchandise early, Star Wars has plans to make the Disney+ series potentially reveal major details about the upcoming season.

As of right now, Pedro Pascal’s Din Djarin has finished helping Temuera Morrison’s Boba Fett and is now going with Grogu to Mandalore. There could be a few stops along the way, but his trusty N-1 Starfighter can easily take our fan-favorite Mandalorian there a lot sooner than the Razor Crest could.

With the Darksaber, Din’s time on Mandalore could be very dangerous as any Mandalorian knows the ancient rites associated with the lightsaber. Whoever wields the Darksaber, has a claim to the throne. Right now, Katee Sackhoff’s Bo-Katan Kryze sits on the throne, but her reign might be challenged once Din arrives.

The first teaser trailer helped fans get an idea of what to expect from the season as fans will see Carl Weather’s Greef Karga again, a lot more Mandalorians, and space battles. Fans are eager to see more of Giancarlo Esposito’s Moff Gideon in the season and figure out what he will be up to since he was last seen being arrested.

With Gina Carano’s Cara Dune being canceled fans are curious how The Mandalorian will handle that change as it might be a little awkward without any appearance from the actress after playing such a significant role in the past two seasons. On Christmas day, fans will get to learn more about the season because Star Wars is reportedly planning to release a final trailer on that special day.

According to Making Star Wars, The Mandalorian wants to give fans a sweet Xmas gift with a new trailer revealing a lot of new details. Fans will apparently get to see Christopher Lloyd as a very old Mandalorian, and the trailer will try to force fans to believe that Bo-Katan and Mando will be enemies. It wouldn’t be hard for fans to believe this due to the fact that Moff Gideon teased this rivalry at the end of Season 2.

The poster for the series should also drop on December 14, less than two weeks before the reported trailer. If anything, fans will see if this report is accurate a few weeks before the trailer hits based on the poster’s release. Most of the time, Disney+ releases the poster the same day as the trailer, but fans might remember that Obi-Wan Kenobi did this exact method last time by releasing the poster first.

Most of the time, trailers release a month before the series debuts, and since fans can expect The Mandalorian Season 3 in February 2023, Christmas day might be a stretch. Who knows, Disney might be changing their standard marketing as they could believe that the series might need a stronger marketing cycle to push viewership levels to a new height and break some more records.

What are your thoughts on a Mandalorian trailer dropping on Christmas day? Let us know what you think!