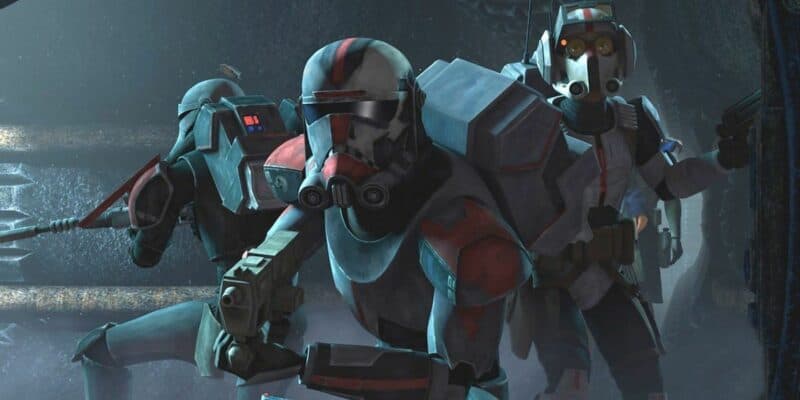 Star Wars: The Bad Batch is back!

One of the most popular Star Wars animated offerings for years has been George Lucas and Dave Filoni’s Clone Wars. Running for over 6 years, the series follows the course of the Clone War conflict in the prequel era, and gives more background and story to four main characters: Obi-Wan Kenobi (James Arnold Taylor), Anakin Skywalker (Matt Lanter) Ahsoka Tano (Ashley Eckstein) and Padme Amidala (Catherine Taber). With as popular as the series was, it only makes sense that fans would be open to more content, and, Lucasfilm delivered!

In 2021, The Bad Batch, a sequel series to the Clone Wars kicked off. The series follows a group of clones, each with genetic mutations that allow them to specialize in certain tactics and abilities, making them a clone force to reckoned with. Picking up at the very end of the Clone War, the series shows how the Bad Batch, all immune (with the exception of Crosshair) to Order 66 because of their mutations, these particular clones, along with Omega (Michelle Ang), a young female clone, escape the newly formed Empire, and begin their life on the run.

In addition to recurring characters from the Clone Wars, the new series also expanded on a concept that, until that point, had only been slightly touched on: clones that rebel against Order 66. The infamous order introduced in Star Wars: Episode III – Revenge of the Sith (2005), compelled clones, with the aid of an inhibitor chip, to turn on their Jedi generals, and advisors, beginning what would be known as “The Purge”, and the fall of the Jedi Order. Until The Bad Batch, only a few clones were known to have canonically disobeyed the order, but, with the arrival of the trailer for Season 2, it seems like it’s a concept they’re expanding on.

In the trailer, Commander Cody, one of the clones, all voiced by Dee Bradley Baker, states that “more and more clones have been questioning the order”, most likely Order 66. This prompts Crosshair (Baker) to responds that those clones, like the Jedi, are traitors. If Cody is one of these clones that is questioning remains to be seen. It is significant however that the clones, apparently on a large scale, are questioning their programming, despite their inhibitor chips.

Up until this point, many different theories have been posited about why the Empire would abandon cloning, and the clone army. Early plots included a clone uprising on Kamino, others, simply that the expense was too high. The Bad Batch seems to be hinting that a widespread rash of disobedience in clones across the galaxy may well be the reason.

A development like this segues neatly into the era of the original trilogy: audiences have already seen in Obi-Wan Kenobi a cast off clone trooper begging for credits on the street. This one clue of rebellious clones on a wide scale, not just select groups, could mean that the clones themselves are on their way out of the Galactic Empire in the second season of The Bad Batch. This could mean the fates of the members of the Bad Batch are sealed as well.

The Bad Batch Season 2 premiers January 4th, 2023 on Disney+, and stars Dee Bradley Baker as the voice of the clones, and Michelle Ang as the female clone, Omega.