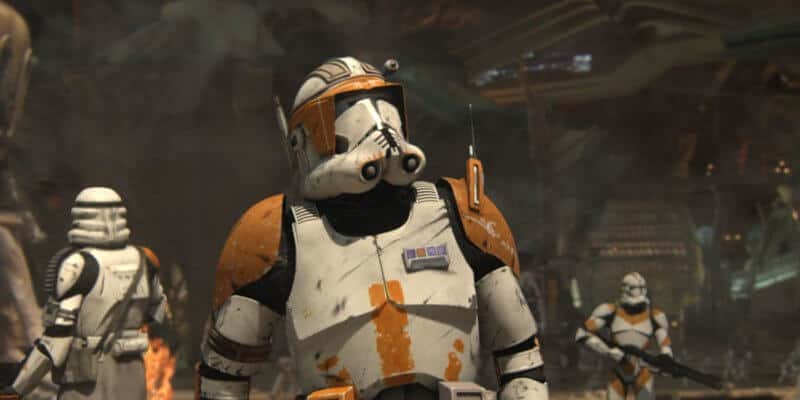 Commander Cody will be returning in The Bad Batch Season 2, and Kevin Kiner reveals some details about the fan-favorite character.

While most series require a lot of actors, The Bad Batch is a unique series that truly needs one actor. Dee Bradley Baker. As the voice for all of the clones, Baker’s talent is constantly tested as he voices around six or seven characters at once, which isn’t easy to accomplish.

The Bad Batch follows Clone Force 99 as they try to navigate a world without the Galactic Republic. After Order 66, the Clones are no longer friendly and soldiers for peace and freedom. Now, they serve the Emperor and uphold order across the galaxy.

Related: Everything We Know About ‘Star Wars: The Acolyte’ So Far

Alongside The Bad Batch and Baker, Kevin Kiner is instrumental in bringing Star Wars animation to life. As a composer, Kiner created some of the best themes in the series, making several unforgettable moments more meaningful and emotional. His sons, Dean and Sean, now help him write music for the new series, The Bad Batch as a family.

Season 1 of The Bad Batch managed to recreate some great moments from The Clone Wars while also including great ideas from Star Wars: Rebels to create a series that honors and loves both animated series.

In an interview with the Kiner family, Sean Kiner talked about his favorite moment with Cody in the upcoming season, there’s a twist fans won’t be ready for:

“Yeah, there’s a really great moment with [Cody.] That’s the most I’ll say. And I personally really– I love that episode. I think the direction of it is kind of… it’s another turn… You know, Bad Batch… one thing Kevin was talking about, we’re always just taking all these different turns and that episode goes in such an interesting place for some characters, Cody included. So it’s just… I love the nuance in that episode and I’m excited for you guys to see that one.”

Related: Why Stellan Skarsgard’s ‘Star Wars’ Character Is the “Good Version” Of Palpatine

Overall, it seems Cody will have a big role in the season and an unexpected moment in Season 2, so be ready for some twists to happen.

Are you excited to see Commander Cody in Season 2 of The Bad Batch? Let us know what you think!