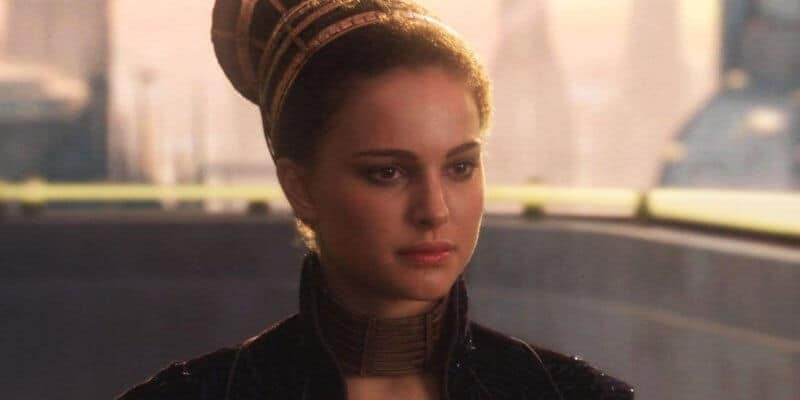 Could Padme (Catherine Taber) make an appearance in Star Wars: The Bad Batch (2023)?

With a Dave Filoni series that picks up long after the character’s death, it might be surprising that the late senator may have something to do with The Bad Batch (2023), but, if recent comments from one of the production team are to be believed, we could see just that in the upcoming second season of the Star Wars franchise, and it may just give Padme the spotlight she’s deserved since Star Wars: Episode III – Revenge of the Sith (2005).

The introduction of the character to the Star Wars universe back in Star Wars: Episode I – The Phantom Menace (1999) was shrouded in mystery: surrounded by handmaidens to conceal her identity, Natalie Portman’s Padme, from her first appearance was a shrewd, courageous, and determined young ruler. Her appearance in the next film, Star Wars: Episode II – Attack of the Clones (2002) was no less impressive in scope. The Attack of the Clones Padme (Portman) took the role of a senator that, despite assassination attempts, and extreme danger to herself, traveled across the galaxy to rescue friends and loved ones.

The third installment of the prequel trilogy, Revenge of the Sith is where fans took issue with her character, and rightly so. The once vocal and powerful character was now relegated to her shared apartment to be reactionary to her dark and brooding husband, Anakin Skywalker (Hayden Christensen).  The film chose to focus on Anakin’s (Christensen) fall to the dark side, and his transformation into Darth Vader, to the sacrifice of a larger Padme (Portman) plot.

So, how could we see a connection to her in Bad Batch? Composer Kevin Kiner revealed that not only will some of the action take place on Coruscant, undoudetly with Emperor Palpatine (Ian McDiarmid) himself, and the roots of both the Empire and the Rebellion. In a recent interview with Conver Call, Kiner said:

“I was just working this morning on a scene of Coruscant…There’s some really neat political storylines that I’m very excited for people to see.”

These comments, though vague, could very well point to a Padme (Portman) story arc cut from Revenge of the Sith! In the scene, the senator from Naboo is seen as an organizer of a secret organization called “The Delegation of the 2000”. These senators, including Bail Organa (Jimmy Smits) and Mon Mothma (Genevieve O’Reilly) offered peaceful opposition to the emerging regime spearheaded by Chancellor Palpatine (McDiarmid). In this small way, audiences would have seen that Padme (Portman) herself was in a small way responsible for the birth of what would later become the Rebel Alliance.

It would definitely give the character a better opportunity to shine, if in this next season we saw how she indeed was the mother of the rebellion, not only of it’s two chief champions, Luke (Mark Hamill) and Leia (Carrie Fisher).The sucessor to Star Wars: The Clone Wars (2008-2020), The second season of The Bad Batch (2023) is expected to pick up just a few short months after the end of the last season, and will cover the activities of this clone force, turned mercenaries at the beginning of the new regime of the Galactic Empire, with the first episode to premiere January 4, 2023 on Disney+.

What are you hoping to see in The Bad Batch? Let us know in the comments below!