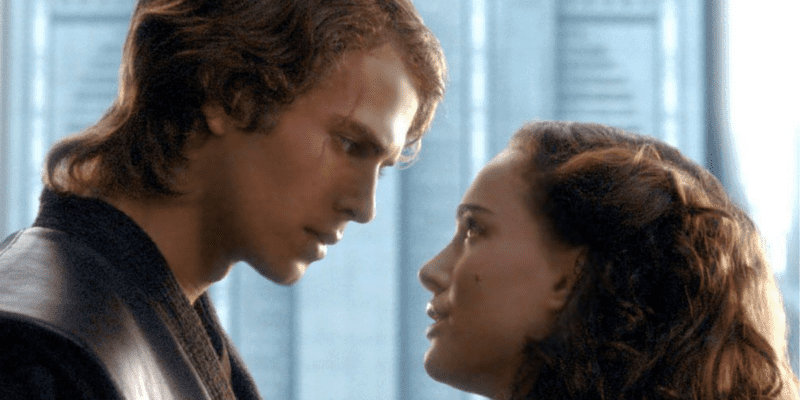 Diego Luna’s Andor manages to sneak in a special connection to Natalie Portman’s Padme Amidala that many fans missed.

Over the past few weeks, Star Wars fans have been blessed with a new series that might rival The Mandalorian. While the viewership levels are down, Andor is universally praised as one of the best projects made by Lucasfilm. After a rocky ending with Obi-Wan Kenobi and The Book of Boba Fett, fans were concerned that Andor would follow suit, but it has shocked everyone.

No one was ready for the story that Andor tells, and that’s a good thing. Jedi and lightsabers are fun, but Andor promises that fans don’t always need another force user on the screen for the series to be good. Sure, The Mandalorian is about Mandalorians, but Grogu is a baby Jedi.

Tony Gilroy may have promised that Andor won’t be a Disney+ series riddled with fan service, but the show has included more easter eggs than most Star Wars projects. The series also has some exceptional cameos from Andy Serkis as Kino Loy and even Forest Whitaker as Saw Gerrera makes it clear that Andor isn’t shy from bringing in fan-favorite actors or characters, but they will ensure there’s a good reason to bring them in first.

Andor has been heavily praised for the gritty story the series tells while creating a slew of relatable characters. This has led to fans having a more emotional investment in characters and being on the edge of their seat when things start to go down because most of them don’t show up in Rogue One (2016).

Spoilers for Andor Episode 10, “One Way Out”

If you have been following Cassian Andor’s journey at this point, you would know that Stellan Skarsgard’s Luthen Rael “sells” antiquities and tends to keep a few bizarre ones in the background. Fans immediately spotted Starkiller’s old robes, a few trinkets from Indiana Jones, and a few other items.

Luthen Rael’s collection is magnificent, containing incredibly rare items that connect to many other projects. In Andor Episode 10, “One Way Out,” fans see Luthen’s gallery for a split second, with some noticing a peculiar item on display.

For a brief moment, fans can see Padme’s headdress from Star Wars: Episode II — Attack of the Clones (2002) on display in front of him. Here’s a picture showing off the headdress:

In case you need more proof, here’s a picture of Padme wearing it:

Padme’s headdress could’ve been a gift from Bail Organa as he most likely acquired some Naboo pieces over the years due to being a close friend of Padme. Bail’s wife could’ve been given a headdress, and Luthen could’ve acquired it as a deal between them.

With Luthen and Mon Mothma swore to secrecy, it seems that Bail should be included, but the fan-favorite character hasn’t appeared just yet. Tales of the Jedi confirmed that the Senator of Alderaan wanted to fight the Empire from the beginning, implying that he was doing his part in the Rebellion even if he wasn’t working with Mothma or Luthen just yet.

What are your thoughts on this easter egg? Let us know what you think!