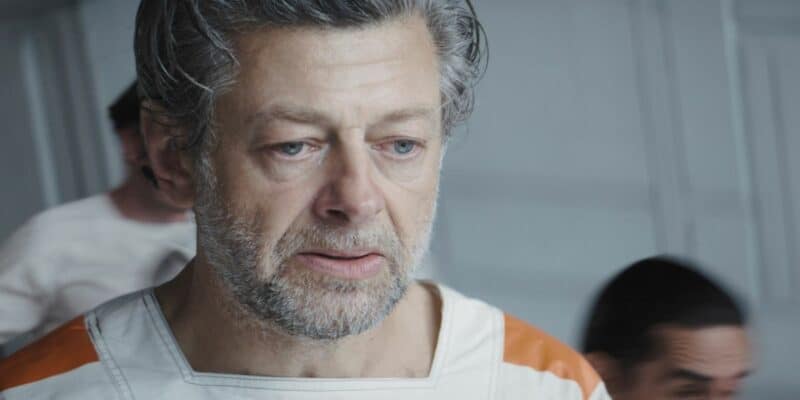 The title of this week’s Star Wars: Andor says it all: after two episodes of build-up, last week’s chill-inducing closing moments have set us up for an escape from Narkina 5. The only way out is through, and up. In an episode dominated by an adrenaline-pumping prison break, we saw Cassian Andor (Diego Luna) and supervisor Kino Loy (Andy Serkis) lead the charge and 5,000 men out of the dark.

Related: ‘Andor’ Creators Go Back In Time to Find Inspiration

The episode opens where we left it: Ulaf’s (Christopher Fairbank) body is being removed via the workshop after the massive stroke that killed him. Kino and Cassian find their roles have switched: now Cassian is the one giving the instructions, his rebel fire motivating him to push Kino into action. “Get on program”, he demands, making Kino play the part while they put their escape into action.

As the rest of the prisoners on the floor are in the cells that evening, After the intrigue of what could have happened to Level Two, they want answers. Cassian is keen to provide them. He starts to tell the story, of how 100 men were killed to hide the fact one had accidentally been reintroduced post his ‘release’ when discontented voices begin to question the truth.

“No one is getting out,” a visibly distressed Kino snaps. The weight of his responsibility, and realization that they have to act, is upon him. They have to act, and act soon — their only shot is when Ulaf is replaced on the following day. It’s a sentiment echoed by other members of their floor, ready to move and realizing they are doomed to die in the facility if they don’t.

At the Imperial Security Bureau, the staff has gathered. They’re recapping their plan, to stage the capture and interrogation of one of Anto Kreegyr’s pilots as an accident and let him be discovered by the rebels, helping them pick up a trail. Supervisor Lonni Jung (Robert Emms) suggests that to really sell the ruse, they should investigate; after all, wouldn’t a dead pilot stir their interest? Major Partagaz (Anton Lesser) agrees.

In the episode’s only visit to Ferrix, we see some townsfolk bringing Dr. Mullmoy (Matt Dunkley) to see the sick Maarva Andor (Fiona Shaw); she is hiding her medication, saying they make her not want to eat. Cintra Kaz (Varada Sethu) watches on, continuing to monitor on the Rebellion’s behalf.

On Coruscant, shady financier Davo Sculdun (Richard Dillane) has arrived for his meeting with Mon Mothma (Genevieve O’Reilly) and her banker ally Tay Kolma (Ben Miles). Sculdun, confident that Mon needs him to hide the 400,000 credits that remain unaccounted for from the Imperial auditors, is bold — and rude. Slimy with confidence, he asks that Mon ask for his help directly.

When she does, he takes her reluctance to work with him as shying away from getting her hands dirty. “They’ve made a game of it, and we play,” Sculdun says, trying to convince the Chandrilan Senator that she is far from alone in using his resources to protect her assets and that the Galactic Empire’s approach to accountancy and auditing is so obtuse as to almost invite deception.

Mon’s caution is raised even more when he asks for no fee for his services, saying he is more than happy to help with the ‘charitable foundation’ which she has built the lie upon. She insists she is uncomfortable with that arrangement and asks what he really wants. Then the cloak is revealed: he wants a return visit to the capital world, and this time, he wants to bring his 14-year-old son too.

Mon reads this for what it is: a power play from a man desperate to marry his family into legitimacy and one of Chandrila’s oldest bloodlines. Mon is appalled at the idea of introducing her daughter to his son and arranging their teenage marriage, a Chandrilan custom she herself has endured and continues to feel the legacy of.

She asks the financier to leave, dismissing his request and left shaken at yet another sacrifice she is being asked to make. Sculdun obliges but feels confident she will change her mind. After all, not considering his price is the first lie Mon Mothma has told him all day.

At Luthen Rael’s (Stellan Skarsgård), Kleya (Elizabeth Dulau) brings news. An informant has been in touch, after more than a year’s absence.

Back on Narkina 5, the moment of escape has arrived. As the new prisoner is brought in, Cassian furiously works at the water pipe in the wall, breaking it and starting a severe leak. As the rest of the floor play along with the deception, they wait until the elevator is halfway down to start a faux fight.

In the chaos, Cassian wedges some piping into the lift mechanism, creating a step out of the room. As guards begin to fire on the room, killing men who are returning fire with a barrage of thrown machine parts, Cassian manages to scale the balcony and take out the two Imperials wielding the deadly blasters.

The water has shorted out the electric floor and the prisoners storm the balcony and the rest of the facility. Kino and Cassian reach the control room of the entire complex and take control of the room, powering down the hydro-generators and shutting off the electrical floors. In a reversal of power, it is the Imperials who have to stand ‘on program’, while Kino makes his speech to the entire inmate roster.

Cassian, knowing Kino’s skill as a leader, coaches him through empowering the men. And Kino turns his fear and desperation into righteousness: “Get out of the cells. Take charge. Start climbing.” He even echoes what Cassian told him earlier: “I’d rather die trying to take them down, than giving them what they want…. 5,000 men. One way out.”

As the prisoners make it to the outside air, they reach the open end of a corridor, a vast sea before them. Men start diving into the water, pushing one another over. Cassian looks over to Kino, who is stepping away from the edge. “I can’t swim,” he utters, as Cassian is pushed over the edge by the crowd.

Back on Coruscant, deep in the bowels of the world, Luthen is meeting his mysterious informant. It is ISB Supervisor Lonni, an inside man. Lonni has brought him news of Dedra Meero (Denise Gough) and her investigation; of the ISB’s plan to ambush Anto Kreegyr and his men during their raid on Spellhaus. Lonni wants out, feeling the pressure of his double life after having a daughter.

Luthen says 50 men are worth sacrificing to keep Lonni’s position inside ISB secure. But six years of living a lie have been enough. He wants to escape. His rebel handler says no: “We need heroes, and here you are.”

Lonni asks what exactly Luthen has sacrificed. “Kindness, kinship, love. I’ve made my mind a sunless place,” Luthen says. “I burn my life to make a sunrise I’ll never see.”

Back on Narkina 5, Cassian and Melshi (Duncan Pow) have reached the shore and run for their lives.

What an incredible payoff for this smaller Narkina 5 arc this episode was. The work of Andy Serkis, in particular, has been a joy to watch as he takes Kino on his journey from denial and belief in the system, to accept they must make their own fate and escape. Even more heartbreaking was the moment he cannot jump in the water.

He could lead 5,000 men to fresh air and defy the electrical floors, but he is still beaten by the Empire’s decision to make the facility one out at sea. One small ray of hope remains in that we don’t actually see him die, or be recaptured.

We also had the reveal of Lonni as one of Luthen’s informants, buried within the ISB’s upper echelons. The dynamic at play between him and Luthen in their meeting was superbly played. Stellan Skarsgård is doing magnificent work playing a man idealistic enough to fight for the cause and realistic enough to know there’s a price to be paid for all of it.

This episode felt like Cassian coming into his own, a full-blooded revolutionary. And a conscientious one too, savvy enough to know the men needed a recognizable figurehead in Kino to lead them all the way to freedom. It’s been quite the journey from being a Ferrix thief.

What did you think of Andor Episode 10? Tell us in the comments below.