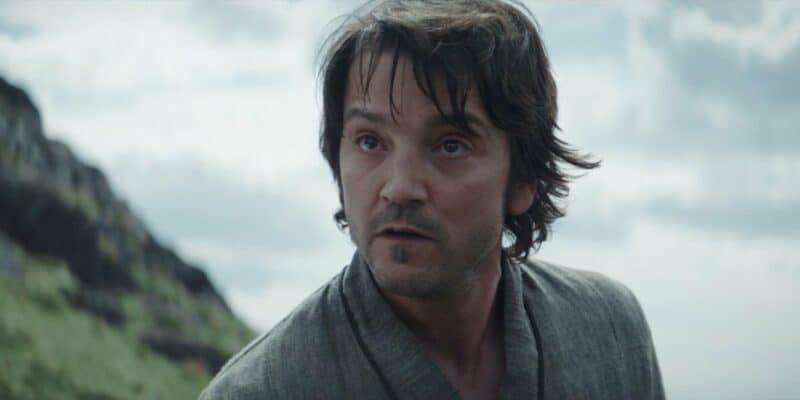 As Diego Luna’s Andor begins to introduce characters to Forest Whitaker’s Saw Gerrera once again, fans might be surprised at how many characters can appear in the series.

Related: ‘Andor’ Episode 8 Ending Explained: Andor’s Future Could Lie In a Character From ‘Star Wars’ Past

While Tony Gilroy made it clear that fans shouldn’t expect his Star Wars series to provide fan service, that doesn’t mean that the show hasn’t had any cameos. Instead of bringing in characters because they can, Gilroy ensures that every cameo fits naturally into the story and pushes the narrative forward.

Thankfully, Andor has a lot of characters who could potentially appear, and if they don’t show up this season, that doesn’t mean Star Wars couldn’t bring them in for Season 2.

If you aren’t caught up with Andor, it might be best to watch up to Episode 8 to ensure you have nothing spoiled.

Who Could Appear in Season 1 of Andor?

As seen in Rebels, he starts working with special spies known as Fulcrum, who help give the Rebels the desperately needed information. Luthen might have his spy network for the moment, but since he hasn’t appeared or been mentioned during the time of the Galactic Civil War, it’s fair to say that his character will die before the series is done, or Luthen will no longer be a part of the Rebel Alliance.

Bail’s role in the series would be more prominent, perhaps in Season 2, but that doesn’t mean that the show couldn’t show off the well-known senator from Alderaan visiting Luthen and Mon Mothma at the end of the season. Jimmy Smits has reprised the role before for Rogue One (2016) and Obi-Wan Kenobi, so Star Wars will likely bring him back again.

Lux Bonteri is a Clone Wars character who might not appear to have any connection to Andor, but the character eventually leads a sect of the Partisans called the Dreamer after Saw dies. As a Partisan, Lux would hang out very close to Gerrera and could appear if we see more of the Partisans.

Fans shouldn’t expect much from this character, but that doesn’t mean he can’t appear for a scene or two if Luthen visits Saw Gerrera again.

With the Rebellion being created, the Empire’s side has mainly focused on the ISB, but that doesn’t mean that the Death Star’s construction won’t start to take focus in the story. Once the Death Star or the Rebellion begins to attack more, Grand Moff Tarkin has a strong chance of appearing.

Even though Peter Cushing is dead, Star Wars didn’t hesitate to bring the character back to life with CGI, so fans shouldn’t think that Tarkin can’t return for the series. Tarkin is the governor of the Outer Rim, and if more rebels begin to attack the backwater planets of the Galaxy, fans should expect the infamous character to make an appearance.

Originally, the Ghorman Massacre was done by Tarkin landing his Imperial Star Destroyer on thousands of protesting civilians, and this could happen in Star Wars canon and show fans just how ruthless he is. At the very least, Tarkin should be mentioned by the Rebellion or Empire at one point.

Who Could Appear in Season 2 of Andor?

As the primary antagonist for Rogue One (2016), it would make sense that fans could see more of Ben Mendelsohn’s Orson Krennic. Since he will be building the Death Star during Andor, the Rebels are bound to run into some confidential documents detailing a secret project.

Krennic would make sense to eventually appear in the series as the antagonist once Andor and the Rebellion begin searching for the Empire’s secret project. This could take over as one of the main plotlines for the series and would ideally lead up to Rogue One.

Just like how Andor Season 1 uses the ISB to show how the Empire is reacting to the threat of the Andor’s coordinated attacks with Vel and Luthen, Andor Season 2 could show Krennic trying to keep control over the Death Star’s construction since other people such as Tarkin will want to take over. If Krennic is involved, it will make sense for both Thrawn and Tarkin to have an appearance, as both characters have conflicts with Orson Krennic.

Thrawn doesn’t believe in the Death Star and tries to stop all production on the Death Star so that his Tie Defender project could take over and improve the Empire’s navy.

Thrawn does have a chance to appear in the series. Being friends with Colonel Yularen could allow the head of ISB to ask his old friend for some advice, as Thrawn is an invaluable asset to the Galactic Empire. Thrawn’s involvement would have to be limited, or the Rebellion won’t stand a chance, but he already takes control over Lothal in later seasons of Star Wars: Rebels.

Since Rebels Season 3 and 4 take place near the start of Star Wars: Episode IV — A New Hope (1977), Thrawn will be active and involved in taking out Ghost Squadron, and Andor Season 2 should make some comments about Thrawn’s actions.

Ahsoka Tano would be a surprise, but it would make sense as she does help the Rebellion as Fulcrum. Her role would be minimal as she doesn’t fight any battle for the Rebel Alliance but helps the people who need it most. Bail Organa knew Ahsoka well due to their mutual relationship with Padme Amidala, which is why they started working together after the fall of the Republic.

Tales of the Jedi shows how Bail met Ahsoka after Padme’s funeral and gave her a comlink to contact him in case she ever wants to help the galaxy once more. In Rebels, we know she makes good use of this as she helps Hera Syndulla and the Ghost Crew in Star Wars: Rebels.

For Andor, it would be more likely that Ahsoka will be mentioned or appear for a mission with Cassian in Season 2 once the Rebellion is officially started. Since Bail Organa hasn’t been introduced just yet, Ahsoka has no chance to appear until he does.

Inferno Squad did a lot of covert missions for the Galactic Empire, and they did infiltrate and took out the last bit of Saw Gerrera’s Partisans after the events of Star Wars: Episode IV — A New Hope (1977). Inferno Squad was around for all of the Galactic Civil War, meaning that the squad could quickly be sent in to handle any rebel terrorist cell.

Iden Versio’s team comprised a lot of highly skilled fighters with different skill sets. For example, Del Meeko was the squad’s designated repairman, Gideon Hask was a great fighter with an unmatched loyalty to the Empire, and Seyn was their demolitionist expert and died when working covertly against the Dreamers – the former Partisans under Saw Gerrera, but that would happen after A New Hope.

Will We See Palpatine?

All of these cameos could quickly appear in the series, as they fit the story that Tony Gilroy is trying to tell. Some of these cameos, like Iden Version or Lux Bonteri, might be wishful thinking, but Andor has surprisingly included a few unexpected cameos, so nothing is off the table.

It’s possible that Season 1 could show some of the Emperor’s inner circle, with Sly Moore or Grand Vizier Mas Amedda potentially making an appearance. If this happens, fans could see Emperor Palpatine appear at an Imperial Senate hearing or in some form of propaganda. Mon Mothma talking directly with the Emperor seems unrealistic, but it’s not impossible.

Who do you think we will see in Andor? Let us know what you think!

Comments Off on All Potential Cameos For ‘Andor’