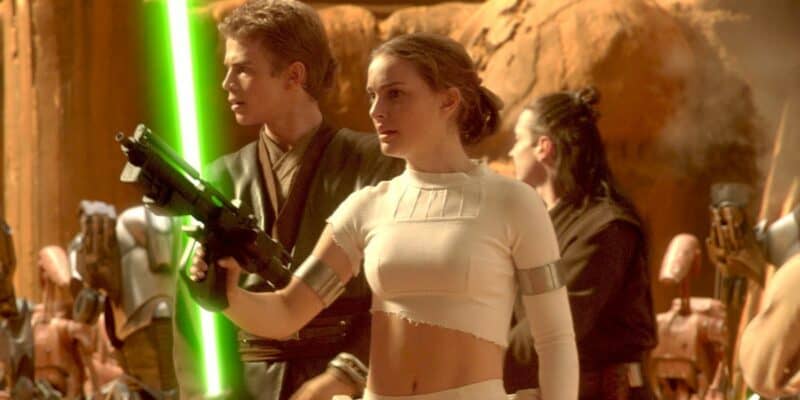 Natalie Portman believes she should return to the Star Wars universe, but doesn’t exactly know if that’s possible anymore.

Even Taika Waititi wanted her to return even though the director originally wanted Portman to be in his new Star Wars movie and forgot about her role as Padmé in the Prequel Trilogy. Portman has kept busy with acting as she recently reprised her role as Jane Foster in the Marvel Cinematic Universe to become the next Thor.

As Mighty Thor, Portman got be a super hero and save the day with Chris Hemsworth rather than just be another side character who ends up only being Thor’s girlfriend.

Fans have made a point to remind Disney how open Portman is to returning to the Star Wars universe as Padmé Amidala. In an interview back in 2018, Portman shared how she was open to returning, but didn’t know how she could return to Star Wars:

a reminder that Natalie Portman would be willing to reprise her role as Padmé in future Star Wars projects. @ Star Wars what are you waiting for ?

a reminder that Natalie Portman would be willing to reprise her role as Padmé in future Star Wars projects. @ Star Wars what are you waiting for ? pic.twitter.com/DAZY4ALRVC

In a separate interview, Portman shared that anything is possible and even Hayden Christensen admitted he wished he could work more with Portman and explore Anakin and Padmé’s relationship in live-action:

After seeing Obi-Wan Kenobi, fans should know that it wouldn’t be too hard for Lucasfilm to include Natalie Portman in a flashback. For instance, she could easily appear in Rosario Dawson’s Ahsoka since the two were good friends in the Clone Wars.

If fans get to see more Darth Vader, it would be impossible for Portman not to return to the role. Hopefully Vader will show up in more Star Wars projects or even get his own series to explore the struggle the Dark Lord of the Sith faces with being the Empire’s enforcer while also still being Anakin Skywalker.

Do you think Portman will return as Padme in Star Wars? Let us know what you think!