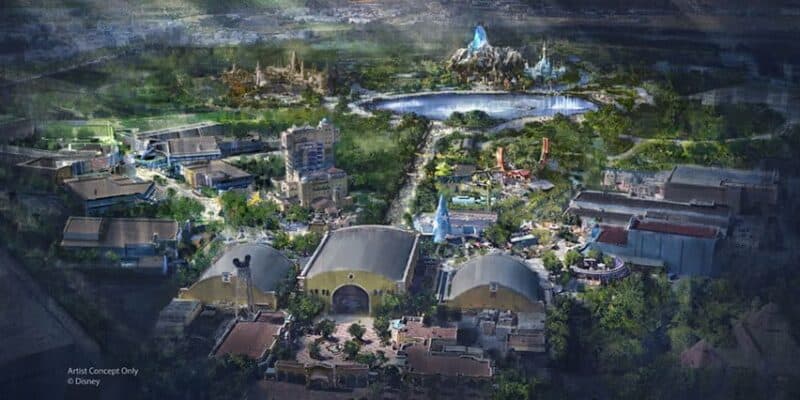 An exciting new land was set to eventually arrive at Disneyland Paris, but we may have been given some subtle hints that that the proposed land has now been shelved.

The grand expansion in question is the Paris version of Disney’s highly-successful Star Wars: Galaxy’s Edge, which was announced back in 2018. And although this is only four years ago, it feels like a lifetime thanks to the COVID-19 pandemic as well as major changes within how each of the Disney Parks runs and operates currently. The proposed land was eventually going to open at Walt Disney Studios Park, the same Park which is about to officially welcome its own version of Avengers Campus, which first appeared at the Disneyland Resort in Ahaiem, California.

The project, which included Avengers Campus, was set to cost an estimated 2.1 billion euros, though with increased inflation worldwide and supply chain issues, this initial cost would have surely risen.

Related: Universal Fires Up Competition With Disney, Another Fan-Favorite Expansion Could Be Coming

When asked, “Should we expect a brand new theme or a different approach to Star Wars lands as we know them now?” President Rafalski said, “We are still working on the third theme. We will make announcements about this when we are ready.”

In the rest of the interview, President Rafalski quickly moves the discussion toward the design of the brand-new Marvel Avengers Campus and what awaits visitors starting July 20, saying nothing else about the proposed Star Wars area.

Obviously, this does not confirm the cancelation of the new land, but it does make it seem like Star Wars as a theme may be under reconsideration at the very least for Walt Disney Studios Park. This would be quite a confusing move as Star Wars: Galaxy’s Edge has proven to be popular at both Walt Disney World and Disneyland.

The Star Wars franchise as a whole is still chugging along quite fine, especially when considering recent smash hits like The Mandalorian, The Book of Boba Fett and Obi-Wan Kenobi on Disney+.

We will continue to update you regarding this topic when more information comes out.