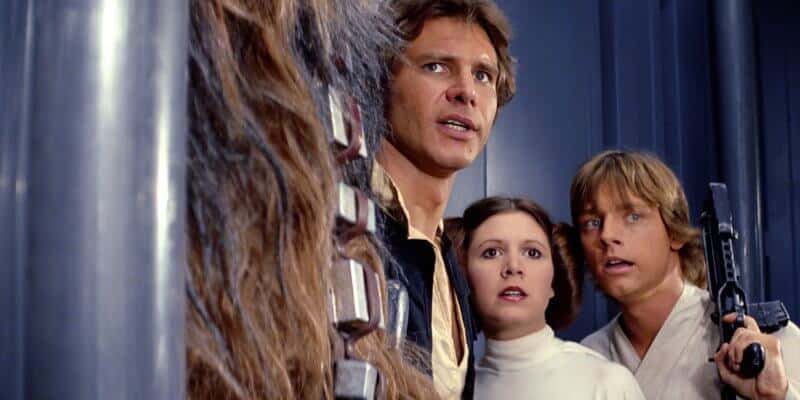 As a matter of fact, earlier this year, Netflix lost the rights to all of its Marvel series — Daredevil, Jessica Jones, The Punisher, Luke Cage, Iron Fist, and The Defenders.

Although Stranger Things Season 4 did give the streamer a boost, things have been so touch-and-go, in fact, that one analyst insisted Netflix needed to make “drastic changes” in order to survive.

The brand has made at least one change in order to appeal to mature audiences. Netflix recently received its first-ever NC-17 rating for the upcoming Marilyn Monroe biopic, Blonde, which is set to star Ana de Armas as the siren of the silver screen.

Now, Matthew Thunell — the Netflix VP credited with finding the Duffer Brothers’ Stranger Things in the first place — has spoken out about additional changes the streaming platform is trying to make moving forward. And, he’s confirmed that the team is “working very hard” to create long-lasting franchises, even setting its sights on it’s “own version of Star Wars.”

“We want to have our version of Star Wars or our version of Harry Potter, and we’re working very hard to build that. But those are not built overnight.”

While it’s next to impossible to actually replicate the galaxy George Lucas began building with Star Wars: Episode IV – A New Hope in 1977, the idea that Netflix wants to create more recognizable characters beyond Eleven (Millie Bobby Brown) and the rest of the Stranger Things cast is reasonable — intriguingly, Brown is also reportedly “in talks” with Lucasfilm President Kathleen Kennedy to lead a Star Wars project.

And, the streaming service has already tapped into The Walt Disney Company’s talent base for at least one project. Joe and Anthony Russo — the brothers behind Marvel Studios’ Infinity Saga conclusion, Avengers: Endgame (2019) — helmed spy-thriller The Gray Man.

Anthony Russo also confirmed, “We’ve definitely specifically designed and thought of this narrative in a way to carry it forward in other forms.” You can watch the official trailer for the movie — which is set to release on July 22, 2022 — below:

What do you think about Netflix’s goal to build it’s own “Star Wars” franchise?