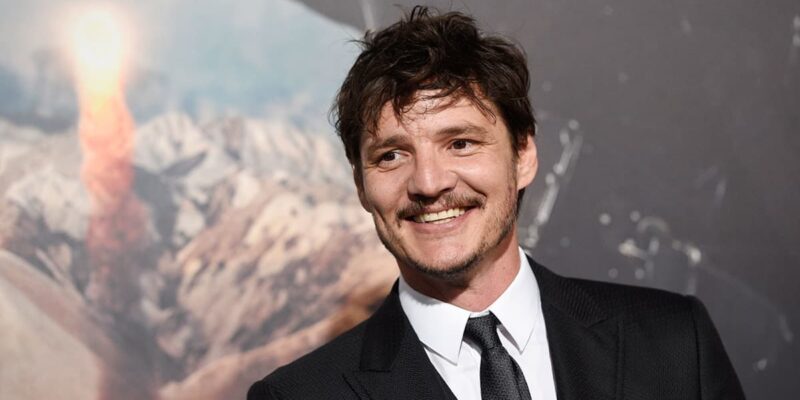 The Internet’s “daddy” caused a stir last night as big news regarding The Mandalorian was revealed.

Pedro Pascal made his debut as the now-iconic Din Djarin AKA the Mandalorian in showrunner Jon Favreau’s Star Wars hit, The Mandalorian. The bounty hunter-centric television series was released as a flagship show for Disney’s new streaming service, Disney+. Now, with multiple shows to boot including Obi-Wan Kenobi and the more recent Andor, Star Wars TV is Lucasfilm’s most concentrated media effort.

The Mandalorian from Favreau and Lucasfilm’s creative lead, Dave Filoni (Star Wars Rebels, Star Wars Resistance, The Bad Batch), remains the franchise’s most critical and commercially successful series, although Tony Gilroy’s Andor is quickly catching up. Following Pascal’s Mandalorian bounty hunter and his ward, Grogu AKA the Child (“Baby Yoda”), The Mandalorian explores the galaxy far, far away and introduces a slew of new characters to the four-decade-old space opera.

From Carl Weathers as Greef Karga to Breaking Bad alum Giancarlo Esposito as Imperial villain, Moff Gideon, Ming-Na Wen as the mercenary Fennec Shand, and Gina Carano as the future Marshal of the New Republic, Cara Dune, the television show has greatly expanded the portfolio of characters for the science-fiction franchise. While many of these characters are set to return for the forthcoming third season, Carano’s Cara Dune will be noticeably absent.

The controversial MMA fighter turned actress was ousted from Lucasfilm following a string of problematic social media posts. Her last outing for Star Wars was The Mandalorian Season 2 finale which saw Luke Skywalker (Mark Hamill) make a dramatic return to the galaxy, and the coveted Mandalore artifact, the Darksaber, fall into the hands of Din Djarin much to the chagrin of Bo-Katan Kryze. Katee Sackhoff made her live-action debut as the fellow Mandalorian and leader of the Nite Owls after becoming a fan-favorite in other Star Wars media including The Clone Wars. She is expected to appear in the upcoming Ahsoka TV show from Dave Filoni and starring Rosario Dawson as the beloved former Padawan of Anakin Skywalker, Ahsoka Tano.

While the run-up to The Mandalorian Season 3 has felt confusing, thanks to Pascal’s work as main character Joel on HBO’s The Last of Us, Star Wars fans can now rest easy knowing that the series will return to the small screen on March 1, 2023. Based on the timeline, it seems The Mandalorian Season 3 will cross paths with the second season of The Bad Batch, which debuts on January 4, 2023.

The release date was confirmed at the CCXP media convention in Brazil — an event similar to the wider known San Diego Comic-Con — and as well as Star Wars news, Marvel Studios also dropped information regarding Guardians of the Galaxy Vol. 3 (2023) and Ant-Man and the Wasp: Quantumania (2023).

And with the news about Faveau and Filoni’s Mando Season 3 dropping in just three short months’ time, it is only correct that the show’s leading man, Mr. Pascal, blew up the internet. The actor took to the stage at CCXP and fans just could not handle his presence.

Pascal seemed to know how to ignite the crowd’s reaction as can be seen in this clip posted to Twitter by @mishajackles:

“IT’S AN HONOR TO BE YOUR DADDY” – PEDRO PASCAL

“IT’S AN HONOR TO BE YOUR DADDY” – PEDRO PASCAL#CCXP #CCXP22 pic.twitter.com/9mYWZyextz

Another tweet from @Gabo_ker celebrated the arrival of the Star Wars star:

This is how they receive Pedro Pascal at the largest Comic Con in the world, today in Brazil #CCXP And they don’t even receive @iamdelafuente at home…

just STOP posting pedro pascal on ccxp, you have to have a sense of humanity !!

@bangtswns could not believe what was happening:

Another tweet from @payal_choksi talked about Pascal’s choice of attire for the Brazilian convention:

The actor trended in multiple territories after his appearance at the CCXP.

While Star Wars: Andor, which stars Diego Luna as the Rebel spy Cassian Andor (the character introduced in Star Wars: Rogue One (2016)) is climbing the ranks of Star Wars‘ most acclaimed show, viewership has been nowhere near that of The Mandalorian. And it’s most likely because not only was The Mandalorian the first Disney-helmed project to deliver a level of grit and darkness not seen before in the live-action canon, at least under the House of Mouse but also because of the star power of its leading man.

Favreau’s series will bring in multiple more Mandalorians as the leadership of Mandalore remains contested, and is set to follow the events of the spinoff show, The Book of Boba Fett, where Din Djarin was reunited with Grogu. The Mandalorian is produced by John Bartnicki, and executive produced by Jon Favreau, Dave Filoni, Kathleen Kennedy, Colin Wilson, and Rick Famuyiwa.

Are you looking forward to the start of The Mandalorian Season 3? Let us know in the comments down below!