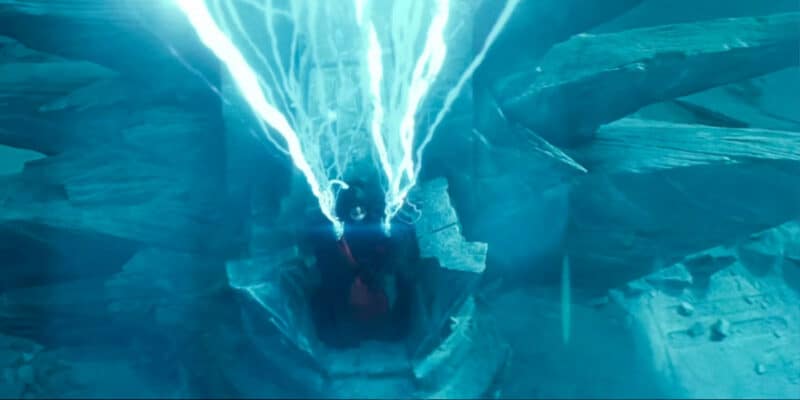 Star Wars: The Acolyte set photos? A surprise to be sure, but a welcome one!

A significant departure for Lucasfilm, the new Star Wars series The Acolyte promises to break fresh ground for the franchise. With very little to go on at this point, fans have been buzzing about the prequel series, set 100 years before the events of Star Wars: Episode I – The Phantom Menace (1999) in an era dubbed, “The High Republic”. This will be yet another foray into this era, following the release of an entire book series bearing the name of the era itself, focusing on the Jedi Order of the time.

Related: Everything We Know About ‘Star Wars: The Acolyte’ So Far

Acolyte, however, is going to focus on the other side of that coin: the Sith. A “mystery-thriller”, according to Lucasfilm and showrunner Leslye Headland, the High Republic era Jedi Order will be investigating, and confronting forces that are “are more sinister than they ever anticipated.”. Whether or not Acolyte will connect with the Skywalker Saga in any way has yet to be disclosed, but the plot will at least lay the groundwork for the return of the Sith, and the eventual rise of Palpatine (Ian McDiarmid) in the prequel trilogy.

Despite a lack of detail, just today photos from the set of Acolyte were leaked online, and depict many of the key cast members in costume, as well as a few new surprises for the Star Wars Universe! First up, is a photo of principle actress, Dafne Keen, in costume, and wielding, of all things, an in-universe style bow, and quiver full of arrows. Will these be like the projectiles used by the Nighsisters and Nightbrothers of Dathomir?

Dafne Keen on the set of THE ACOLYTE!

Dafne Keen on the set of THE ACOLYTE!

With her costume and weapon, it’s difficult to tell if Keen is on the Light Side or Dark Side of the Force, and for now, she will remain shrouded in shadowy secrets. Other photos on set however depict a much clearer, and more familiar affiliation. The next set of photos shows Squid Game star, Lee Jung-jae in the clear trappings of a Jedi Knight:

The first pictures of Lee Jung-jae on the set of THE ACOLYTE!

The first pictures of Lee Jung-jae on the set of THE ACOLYTE!

Lee Jung-jae wasn’t the only Jedi on set either! Dean-Charles Chapman was also spotted wearing Jedi robes, complete with Padawan braid, along with an, as yet unnamed Wookiee jedi, looking quite formidable in a Jedi Tunic.

Dean-Charles Chapman on the set of THE ACOLYTE!

Dean-Charles Chapman on the set of THE ACOLYTE!

@starwarstufff said of the wookiee:

A Wookiee character on the set of THE ACOLYTE!

A Wookiee character on the set of THE ACOLYTE!

Things for Acolyte seem to be ramping up, and fans are excited to see just what comes next! While there is no release date currently, audiences are hopeful that more details will be forthcoming from Lucasfilm and Kathleen Kennedy in the next few weeks and months on the dark material of the 8-episode series. The Acolyte will stream on Disney+, and stars Dafne Keen, Amandla Stenberg, Jodie Turner-Smith, Carrie-Anne Moss, Dean-Charles Chapman and Lee Jung-jae.

What do you think of these new images? Let us know in the comments below!