Disappointing Update About 'Fantastic Four' Cast, Might Hurt MCU Future - Inside the Magic 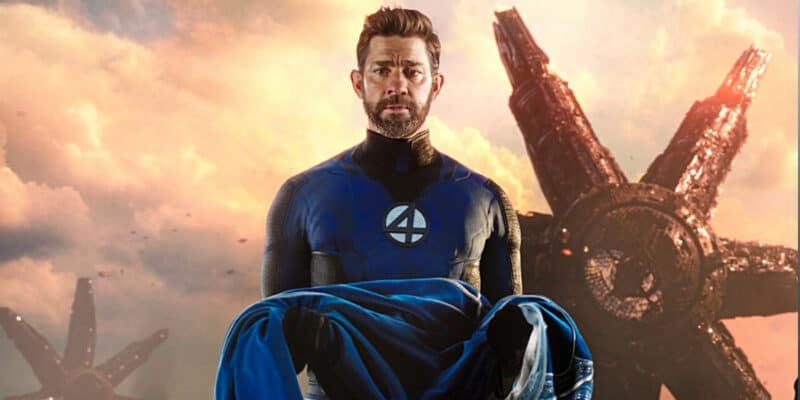 Marvel has a lot of great things planned for the MCU, but fans are starting to get anxious about the Fantastic Four’s introduction to the MCU.

Unlike other super hero teams, the Fantastic Four is probably the most iconic team Marvel has at their disposal. Sure, the X-Men are fun and iconic, but the roster changes here or there, but that normally doesn’t happen for Marvel’s first family. In fact, the team is so iconic that fans have spent the past few years deciding who should star as each character.

When the Fantastic Four first appeared in live-action, MCU star Chris Evans actually starred as Johnny Storm/The Human Torch, where he got to play a very different character than Steve Rogers. If Evans were to return in Avengers: Secret Wars (2026), it’s more likely that he would be the Human Torch again than Captain America.

Fans did see John Krasinski as Reed Richards in Doctor Strange in the Multiverse of Madness (2022) and see another look at Mr. Fantastic, but MCU fans will end up with a new variant of the iconic super hero as Kevin Feige had other plans. Sam Raimi confirmed that recasting Richards was inevitable as they only brought Krasinski in for the fans.

Now that Phase Five will begin very soon with Ant-Man and the Wasp: Quantumania (2023), as Paul Rudd’s Ant-Man will be fighting Kang the Conqueror in his next adventure in the Quantum Realm. Fans speculated that William Jackson Harper’s character in Ant-Man 3, who will be the leader of the rebellion against Kang, would be the new Reed Richards, but a new report makes this seem unlikely.

According to sources from Puck, Marvel is still trying to find the right actors to play the Fantastic Four. With over a year before filming is imminent, Marvel Studios is taking a lot of time to find the right cast for the team. While this is good, it also means that fans probably shouldn’t expect any other members to show up in an MCU movie before Fantastic Four (2025).

Ant-Man 3 probably won’t include any Fantastic Four cast leaving fans wanting to see the team even more. Marvel made big waves after announcing that the X-Men and Fantastic Four were entering the MCU soon, but after waiting years with no progress made beside a few teases, fans are tired of waiting. If Marvel started including some members here or there in an MCU movie could help create more hype for their upcoming movie.

Marvel had good intentions placing Krasinski in Doctor Strange 2, but fans didn’t like how the MCU’s only portrayal of the character gets him killed in a few seconds by Elizabeth Olsen’s Scarlet Witch/Wanda Maximoff. Richards is a genius, and his intelligence never would’ve allowed that to happen. It’s frustrating for fans to be left for probably a couple more years with that poor character portrayal.

Who do you want on the Fantastic Four team? Let us know in the comments below!