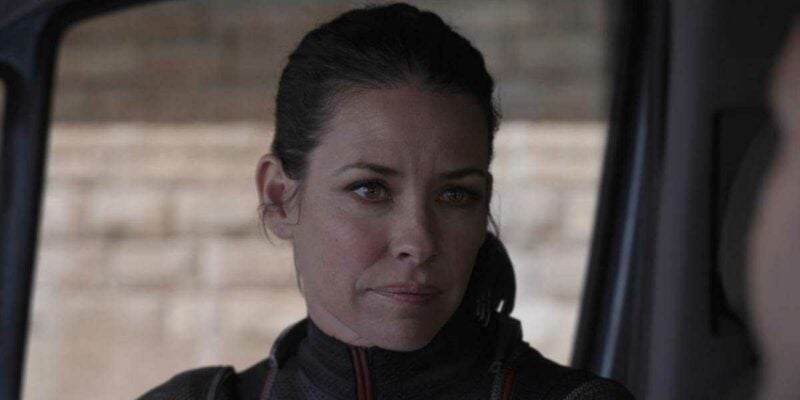 With Marvel Phase Four now all wrapped up, Phase Five looms and will begin in February with Ant-Man and the Wasp: Quantumania (2023) as part of Kevin Feige’s Multiverse Saga.

It just so happens that one actor from the upcoming Marvel Cinematic Universe movie has spoiled a big part of the story.

Ant-Man and the Wasp: Quantumania brings back Paul Rudd and Evangeline Lilly as Scott Lang and Hope van Dyne, AKA the titular duo, respectively. The pair will face the Marvel Cinematic Universe’s latest Big Bad, Kang the Conqueror, played by Jonathan Majors. Majors first appeared as a Variant of Kang in Loki alongside Tom Hiddleston and Sophia Di Martino last year but it will be in director Peyton Reed’s second sequel that the real villain will get his debut.

Somehow locked in the Quantum Realm, Kang’s presence has caused many MCU fans to think that this could be the end of the road for Rudd’s fan-favorite Avenger, thanks to trailer footage which shows a beat-up Ant-Man, and the fact that Kang is expected to make continued appearances in Marvel Phase Five and Phase Six.

Being the third movie in what is seemingly a trilogy, there is a chance that some major players will be removed from the MCU. The fact that Majors is tapped to headline the fifth Avengers film, Avengers: The Kang Dynasty (2025), has caused speculation that Marvel may be ready to kill off both Ant-Man and Wasp in Quantumania — leaving Scott’s daughter Cassie Lang, played by Kathryn Newton, to carry on the Ant-Man legacy as Stature. After all, the Ant-Man franchise is a family affair with Michael Douglas and Michelle Pfeiffer also reprising their roles as husband and wife duo, Hank Pym and Janet van Dyne.

Only recently did Peyton Reed speak out about Bill Murray’s role in the Marvel movie, which still remains undisclosed, suggesting that family ties will be a major focus of Quantumania. What is interesting about Murray, however, is that the Hollywood icon shut down Aziz Ansari’s Being Mortal (TBD) earlier this year after complaints of severe sexual misconduct and inappropriate behavior emerged. He is still attached to Ant-Man 3.

Before the Bill Murray controversy, Wasp star Evangeline Lilly caused a stir when she rejected COVID-19 safety protocols at the beginning of the pandemic. The Lost actress later apologized, but earlier this year posted anti-vaccine protest support to her millions of followers, highlighting her view on “bodily sovereignty.” The controversial message was even called out by fellow Marvel cast members.

Now, Lilly has spoiled one big element of Ant-Man and the Wasp: Quantumania. In a recent interview, the actress spoke out about the MCU’s potential A-Force movie. Lilly said:

A-Force is a Marvel Comics storyline that brings together a slew of powerful female heroes; as Marvel introduces more female-led stories such as Black Widow (2021), Ms. Marvel, and She-Hulk: Attorney at Law, A-Force could be a way for Marvel Studios to combat the pandering many accused them of in the scene Lilly mentioned above.

But, what this comment unknowingly does is suggest that Wasp will survive Ant-Man and the Wasp: Quantumania, and potentially any other appearances lined up for the character, spoiling any uncertainty or suspense audiences may have over the stakes in the soon-to-be-released Marvel film.

And this isn’t the first time Lilly has dropped the ball when it comes to her upcoming movie, last year the actor shared a photo of Jeff Loveness’s script to social media, tagging Corey Stoll (Darren Cross/Yellowjacket) in the caption. Stoll hadn’t and still hasn’t been confirmed as appearing in Quantumania; Lilly removed the tagged name and later removed the post altogether. This a sure sign that fans can expect Yellowjacket to make a comeback in February.

Would you like to see an all-female MCU movie? Let us know in the comments down below!