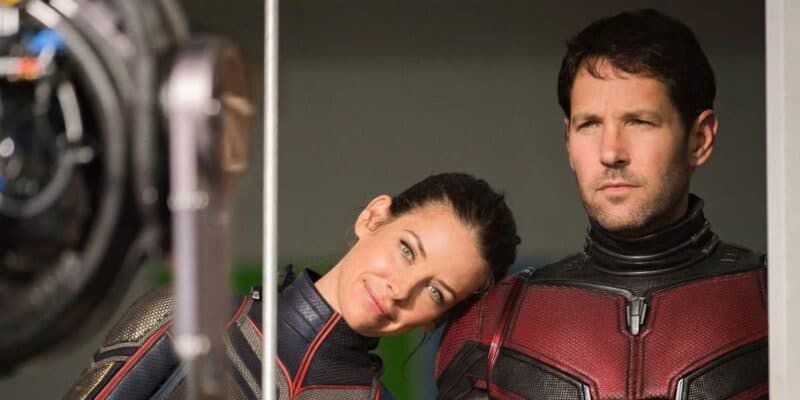 After months of various controversies, Marvel Studios may have the chance to remove one actor from the Marvel Cinematic Universe.

This year has seen the continuation of Marvel Phase Four, the fourth installment in Kevin Feige’s MCU. With movies like Doctor Strange in the Multiverse of Madness (2022), Thor: Love and Thunder (2022), and the Phase finale, Black Panther: Wakanda Forever (2022), the MCU will soon begin its fifth sequence of films and television shows when Ant-Man and the Wasp: Quantumania (2023) drops exclusively in movie theaters on February 17 next year. The upcoming film will be part of the MCU’s Multiverse Saga and is once again led by director Peyton Reed; the movie is written by Jeff Loveness.

The cast will also include Bill Murray in an undisclosed role, despite the actor’s ongoing controversies and allegations of sexual misconduct and inappropriate behavior. In fact, Murray’s alleged acts of misconduct were so severe that the set of Aziz Ansari’s Being Mortal (TBD) was shut down; the production of the Searchlight Pictures movie is yet to resume. Darren Cross AKA Yellowjacket actor Corey Stoll is also rumored for a comeback in the upcoming film.

However, before the controversy surrounding the Ghostbusters actor was ignited, Wasp actress Evangeline Lilly came under her own critical hailstorm when the Lost star showed support for an anti-vaccine protest in Canada earlier this year. Lilly posted a series of photos with a caption discussing mandatory coronavirus vaccines. You can see her Instagram on “bodily sovereignty” here.

And that wasn’t the first time that Lilly faced criticism and backlash relating to the COVID-19 pandemic. Back in March 2020, the actress posted about her refusal to socially distance herself and quarantine citing her value and choice of freedom — something that seemingly did not change over the two years following. Lilly eventually apologized for her comments.

Despite her comments regarding the coronavirus safety protocols and her unsupportive attitudes toward both social distancing and vaccine mandates, Lilly has continued in her role as the co-leading protagonist in the Ant-Man and the Wasp trilogy. However, a recent theory posits the notion that both Scott Lang and Hope van Dyne will potentially meet their end in the upcoming Ant-Man threequel. ScreenRant writes:

The Kang shown in the Ant-Man 3 trailer appears to be Kang Prime, also known as Kang the Conqueror, who, for some reason, is in the Quantum Realm and needs Scott Lang’s help. This seemingly ultimate version of Kang is the one who presumably returns to The Kang Dynasty to fight the Avengers, meaning that Ant-Man and Wasp simply cannot end the Kang threat already in Phase 5. Even if Ant-Man 3’s Kang is not the same version who will fight the Avengers, Scott and Hope’s victory is unlikely.

Fans know that Kang is trapped in the Quantum Realm but teasers shown at various conventions throughout the year as well as the recently revealed sizzle have gotten audiences thinking that Ant-Man may die in the upcoming Marvel movie — even if even more recent spoilery theories are changing that perception.

Even if Ant-Man and Wasp lose their initial fight against Kang, there is no confirmation that he will kill them. However, in looking through the lens of Lilly’s confusing and controversial behavior, her character’s death here could be the stage in which Marvel Studios can remove the actress without too much furor (the “Gina Carano treatment” some have coined).

Then there is also the case that Marvel Studios currently has its release slate through 2026 concluding with Avengers: Secret Wars (2026), the sixth installment in the Avengers franchise, and a follow-up to the previous year’s Avengers: The Kang Dynasty (2025). Both Ant-Man and Wasp aided in the fight against Thanos (Josh Brolin), so they could show up in the next big battle.

In two months’ time, audiences will finally know their fate.

Do you think Ant-Man or the Wasp will die in Ant-Man and the Wasp: Quantumania? Let us know in the comments down below!