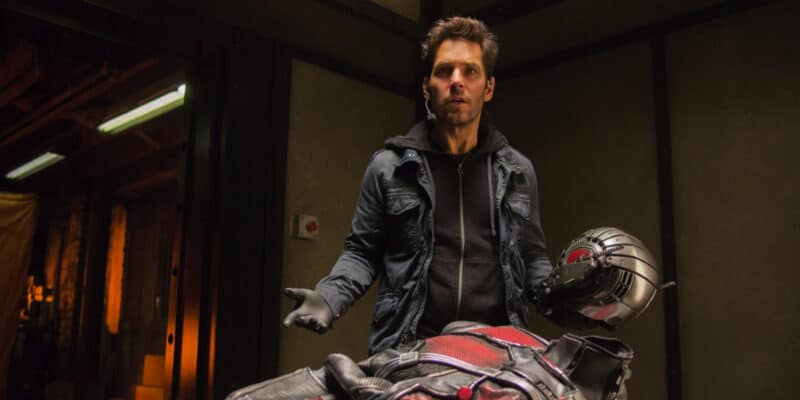 Jonathan Major’s Kang the Conqueror is entering the MCU in a big way with Ant-Man and the Wasp: Quantumania (2023), and fans finally know one major moment won’t happen in Paul Rudd’s third MCU movie.

With Marvel pushing forward into the Multiverse Saga, Kang’s role has to expand. If Marvel wants to outdo what they did with Josh Brolin’s Thanos — if that’s possible — then Kang the Conqueror has to reveal that he is truly a big threat to the Multiverse.

Ant-Man will end up with his family in the Quantum Realm, which will be revealed to be ruled by none other than Kang the Conqueror. Ant-Man will meet the villain and potentially strike a deal, but based on previous footage, fans don’t think Rudd’s Scott Lang/Ant-Man will make it.

Early rumors speculated that Rudd might die at the end of Ant-Man 3, and after the trailers and recent comments, fans believed this would happen. Killing Ant-Man would be a dramatic signal for the Avengers that if Scott Lang could die, then anybody is fair game to die.

Fans were worried Ant-Man would die, but it seems that won’t happen as the actor will be in more MCU projects, tag along with the Avengers again, and potentially star in more Ant-Man movies.

According to The Hollywood Reporter, showbiz lawyer Deborah Klein, who represents both Paul Rudd and Samuel L. Jackson, was mentioned in a report that also gave away some shocking details about Rudd’s current involvement in the MCU:

“Klein’s ever-prolific client Samuel L. Jackson continues his Marvel run with Secret Invasion and The Marvels, as does Paul Rudd with more Ant-Man and Avengers.”

Many fans already believe that Scott wasn’t going to die, but if the report is correct, Ant-Man’s future seems pretty solid, as the actor will be in the Avengers movie. Fans immediately would think of Avengers: Kang Dynasty (2025) as Scott would be the first Avenger to deal with the villain and could share news about the threat with everyone else.

When it mentions more Ant-Man movies, it could be referring to Quantumania, but there’s a chance that Ant-Man could join Tom Holland and Chris Hemsworth and get a fourth solo movie to continue his journey. Ant-Man has gone a long way from being a funny guy to now being one of the most important super heroes in the MCU. His journey won’t end in Quantumania, which might disappoint some fans, but that doesn’t mean Kang won’t kill him.

Fans don’t know how the Multiverse saga will end, but the last saga took Robert Downey Jr. away from fans, so Paul Rudd might have to bear the same fate if it meant saving his daughter from any danger.

How do you feel about this new update about Ant-Man? Let us know what you think!