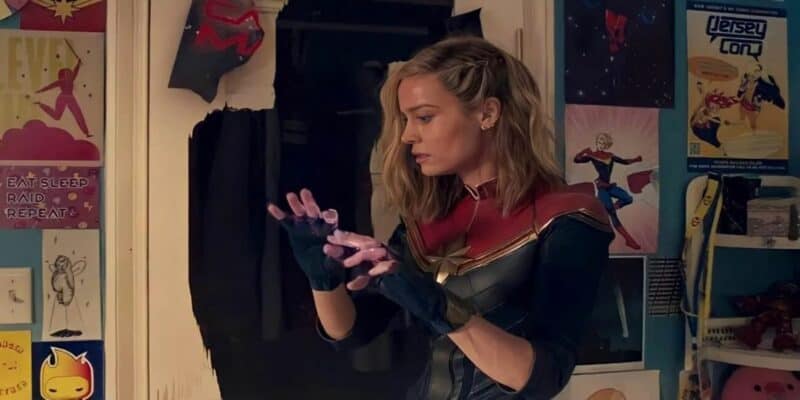 Marvel actors normally don’t usually get into legal trouble, but sometimes they do things they will regret for the rest of their lives.

For the MCU, anyone can be replaced. It’s sometimes not easy or the best thing, but Disney and Marvel have standards. If an actor demands far more money than they deserve or gets involved in something that might hurt Disney’s family-friendly brand, their career with the MCU is over.

Those who face accusations like sexual assault or grooming haven’t been big stars like Chris Evans, Chris Hemsworth, or Robert Downey Jr. It’s normally the actors who play minor roles and get more fame from being in the MCU. Sadly, Phase Four introduced an actor who might not have a major impact on the MCU but was supposed to be a stable anchor for one of Marvel’s newest super heroes.

Iman Vellani’s Ms. Marvel introduced the world to Kamala Khan, a teenager with super powers activated by a bangle she found. After saving the day, Kamala learned the importance of not only family but standing up for what she believed in, and she learned that from her father, who was played by Mohan Kapur.

Now, Vellani’s Kamala Khan disappeared at the end of the series as Brie Larson’s Captain Marvel teleported into her room. The post-credit scene perfectly sets up The Marvels (2023), which will be Kamala’s next adventure with Teyonnah Parris and Larson.

While this might have been a great setup for a future MCU movie, Kamala won’t be returning home to see the same family as she did before. This is because the actor who played Kamala’s father is probably going to be replaced by another actor due to a concerning allegation.

According to one source, a victim of Kapur stepped forward and shared that she was not only assaulted but groomed to potentially end up as Kapur’s partner after she turned 18. At 15, she was a huge fan of Kapur’s partner at the time and reached out to the actress. That started a relationship talking back and forth, and the actress introduced the teenage girl to Kapur.

Their relationship led to Kapur talking with her for days nonstop and reportedly sending illicit pictures of himself to her one day. He apologized and explained that he was depressed, but after he was forgiven, he constantly shared about how he wanted to marry her, sleep with her after she turned 18, and said he was in love with the teenage girl.

She decided it was best to share this news with Kapur’s partner — the actress whom the girl adored — who knew that these events were happening and gaslit her by saying she didn’t want to get involved in her problems.

This left the girl feeling like her situation wasn’t as she thought the only person who cared for her was Kapur as she shared in a series of tweets online with pictures of evidence of their conversations:

At one point, Kapur began to ghost the girl, leaving her to think of suicide:

“My depression got worst & I was planning to take my own life…. I kept on calling @mohankapur… he ignore my calls… and at times told me to get over it. Then completely twist the whole story to make me look like the bad person… he kept on saying that he can’t trust me…”

In the end, Kapur’s future with the MCU seems unlikely. Something like this doesn’t go away, and the girl presented a series of screenshots recording the information, leaving Kapur most likely guilty. Unfortunately, his decisions before his time with Marvel. This will curb any potential success he could’ve had, as Marvel will likely find another actor to take his role.

What are your thoughts on the situation? Let us know what you think!