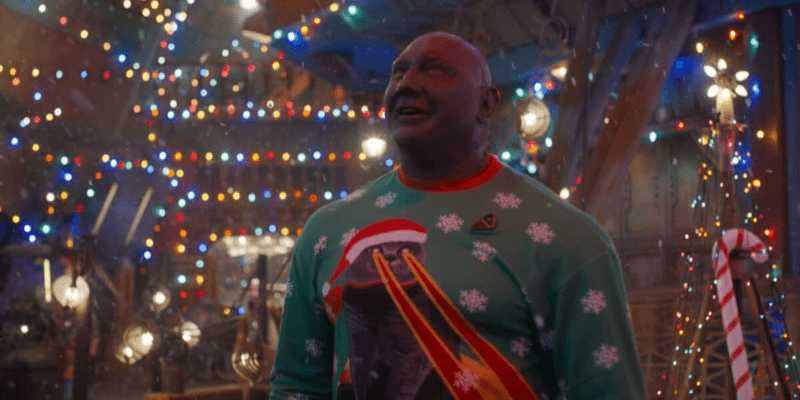 Director James Gunn has delivered some of the most hilarious and popular installments in the Marvel Cinematic Universe, bringing Star-Lord (Chris Pratt), Gamora (Zoe Saldaña), Drax (Dave Bautista), Rocket (Bradley Cooper), Groot (Vin Diesel), Nebula (Karen Gillan), Mantis (Pom Klementieff), Yondu (Michael Rooker), and Kraglin (Sean Gunn) to the big screen, turning them into perhaps some of the most relatable and beloved characters in the MCU.

However, fans are always eager to learn more details about the stories, the characters, the easter eggs, and any other element that may come up in the movies. Fortunately, director James Gunn is quite open and interactive with fans, or at least as much as possible, without spoiling too many details of the Marvel Cinematic Universe. He recently settled a somewhat confusing fact for more than a few fans, yours truly included.

On a recent tweet, a confused Marvel fan asked James Gunn if Drax had always been grey in the MCU and it was the lighting and their eyes that made him look dark green, or if the character was suffering from some disease or pain that would be revealed in the latest installment of the Guardians of the Galaxy trilogy. “Even the toys always looked Green to me, altho this might be how I find out I’m colorblind,” added the fan, sharing some images of Drax on screen and a toy of the character in which his skin appears to be differently colored.

While the disease or pain sounds like an interesting explanation for this apparent change in Drax’s skin color, James Gunn (@JamesGunn) addressed the question, quite humorously, might we add, discarding this theory. The Director for the Marvel Cinematic Universe trilogy gave a much simpler explanation and commented:

Drax has always been gray. Three reasons:
1) The MCU has more than enough green people.
2) With makeup, there is no color more difficult to make look like skin than green.
3) Drax may love Christmas, but he isn’t Christmas.

Drax has always been gray. Three reasons:
1) The MCU has more than enough green people.
2) With makeup, there is no color more difficult to make look like skin than green.
3) Drax may love Christmas, but he isn't Christmas. https://t.co/GZZr3i3pSn

The Marvel Cinematic Universe indeed has several green-skinned characters, including the Hulk (Mark Ruffalo), She-Hulk (Tatiana Maslany), and Gamora (Zoe Saldaña).  And we recently saw how much Drax loves Christmas (despite him not *being* Christmas) on The Guardians of the Galaxy Holiday Special.

While Gunn’s explanation may not be the most elaborate in the galaxy, seeing him settle this detail with humor and remaining interactive with the millions of Marvel fans worldwide will surely brighten more than one day.

Did you ever doubt if Drax’s skin was green? Or were you always certain his skin was grey? Drop your thoughts in the comments below!