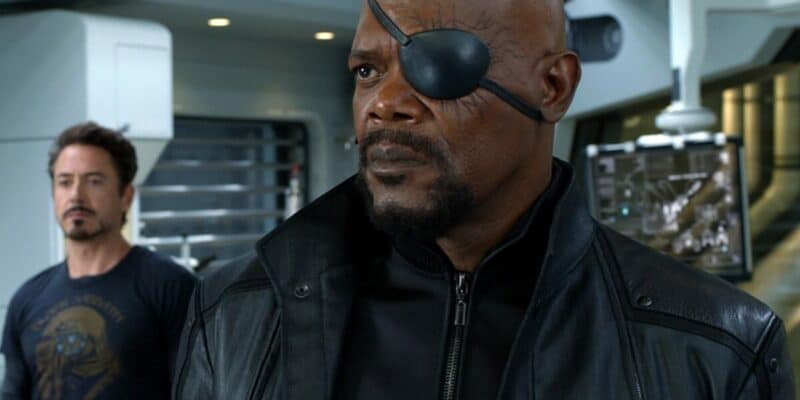 Marvel has officially replaced Samuel L. Jackson as Director of S.H.I.E.L.D., effective today. Could his replacement do as good of a job as he did?

Samuel L. Jackson is known for playing some of the “baddest” mother f’ers in modern cinema, from Jules Winnfield in Quentin Tarantino’s Pulp Fiction (1994) to Jedi Master Mace Windu in the Star Wars franchise, Elijah Price in M. Night Shyamalan’s Unbreakable (2000), Valentine in Kingsman: The Secret Service (2014), Ray Arnold in Jurassic Park (1993), and, of course, Director Nick Fury in the Marvel Cinematic Universe.

While Jackson’s performances are always applaudable, Marvel has decided to part ways with the award-winning actor for one of the company’s latest projects.

Samuel L. Jackson (@SamuelLJackson) himself shared the news on Twitter, stating that Marvel had replaced Nick Fury as the Director of S.H.I.E.L.D. with the official release of Marvel SNAP. This all-new game lets players take control of the Marvel Universe and create their own team of superheroes and villains.

Of course, former Director Fury took the news as only he could, storming into S.H.I.E.L.D. Human Resources, asking if they were out of their… minds, we assume, as the video cuts before Jackson can finish his sentence, similarly to his last scene in Avengers: Infinity War (2018).

Effective today, I’m being replaced as Director of S.H.I.E.L.D. Because now, @MarvelSnap gives players control over the entire Marvel Universe. You think you can do as good of a job as I did? We’ll see about that.

Effective today, I’m being replaced as Director of S.H.I.E.L.D. Because now, @MarvelSnap gives players control over the entire Marvel Universe. You think you can do as good of a job as I did? We'll see about that. pic.twitter.com/8NcdLg1VJK

Marvel SNAP is an all-new game now available worldwide on Android, iOS, and Steam on PC, welcoming fans into the Multiverse with a fast-paced card battle game where they can assemble and upgrade all their favorite heroes and villains. Per Marvel SNAP’s webiste:

While the hilarious promotional video mentions that Nick Fury will no longer be the Director of S.H.I.E.L.D., Samuel L. Jackson will reprise his role as Nick Fury in the highly anticipated series Secret Invasion. Not much is known about the series besides the fact that the show will be Marvel’s first official crossover event leaving fans to wonder if a few Avengers will show up in the series.

Will you download Marvel SNAP to take over Nick Fury’s role as Director of S.H.I.E.L.D.? Let us know in the comments below!

Comments Off on Marvel Replaces Samuel L. Jackson on New Project, “Are You Out of Your F?!”