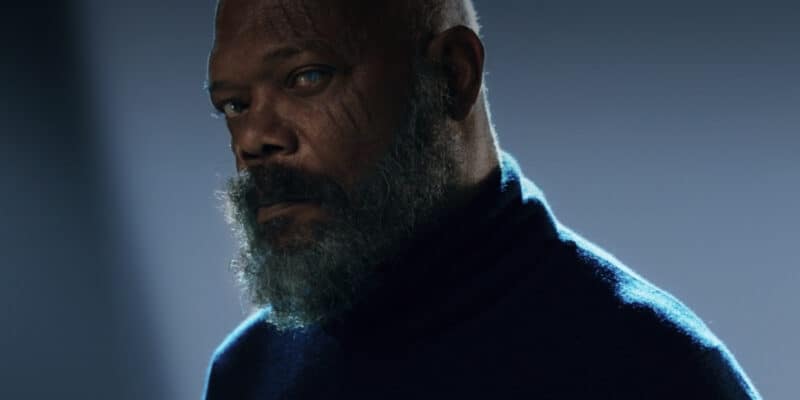 Samuel L. Jackson’s Nick Fury is getting a new costume in Secret Invasion, as shown with some new merchandise for the MCU series.

Secret Invasion is a highly anticipated series with Nick Fury finally returning to the MCU. Not much is known about the series besides the fact that the show will be Marvel’s first official crossover event leaving fans to wonder if a few Avengers will show up in the series.

One report claims that this Phase Five project will be set during the Blip and cover that Nick Fury wasn’t Blipped but was covertly trying to take down some of the Skrulls who secretly infiltrated positions of power around the world.

Marvel hasn’t confirmed that this is true, but sooner or later, fans will get a good idea of when the series will take place in the Marvel timeline. Right now, fans did a good look through a Funko Pop at what Nick Fury will look like in the series.

The former director of S.H.I.E.L.D. won’t wear any fancy suit like Iron Man or be decked out in military gear. Instead, Fury wears normal clothes and has no eye patch in the series as he lets the world see his scarred eye.

Here’s a picture of the new Funko Pop:

With this finally being released online, fans should notice that D23 is right around the corner, meaning that some of the Marvel news being announced at D23 might include Secret Invasion. On top of that, more merchandise will be released soon, giving fans more of an idea of what to expect from Marvel, and a trailer for the series will have to be released at one point.

This means that the marketing for the show should slowly start anytime now after D23, which will, of course, allow fans to learn about a few more characters in the series and potentially learn a little about the story before the series debuts in Spring 2023.

Maybe one day, the merchandise won’t spoil some details about upcoming MCU projects, but it seems that Marvel is fine with this, even if it accidentally reveals who the next Black Panther is and what other characters will look like way before a trailer is released.

Here’s an official description of the MCU series: