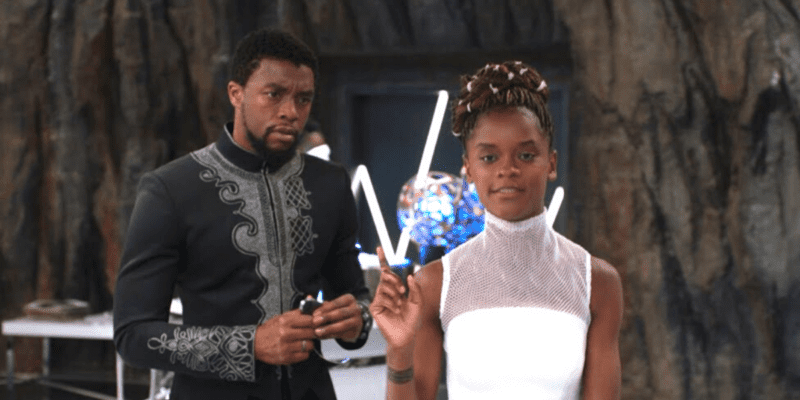 Marvel wastes no time with merchandise for Black Panther: Wakanda Forever (2022) which may have accidentally confirmed who is the next Black Panther.

After Chadwick Boseman passed away, fans were devastated, and the general question was asked. Who will be the next Black Panther? Some fans demanded that Marvel recast Boseman and get a new actor to play T’Challa.

Others thought that Leticia Wright might end up taking on the mantle. After seeing the teaser trailer for Black Panther 2, it’s clear that someone will take on the suit. While the movie hides who it can be, LEGO may have released their previews for upcoming MCU LEGO sets too early.

Merchandise always spoils the movie’s details, but Black Panther 2 has already confirmed a few very important details in the trailer. Namor and the Atlanteans will have a major role in the movie. Wakanda and Atlantis will go to war. Dominque Thorne’s Ironheart will be in the movie.

Here’s a look at the suit in the trailer for comparison:

Fans can tell that the legs and feet have very similar gold tracings. The two suits are likely the same. That doesn’t mean that Shuri will be the only Black Panther in the movie. Some fans believe that Wakanda Forever could show fans several characters like M’Baku and Queen Ramonda possibly taking on the mantle.

Hopefully, fans will learn more about the movie over the next couple of months, but more merchandise will likely continue to show Shuri in the suit as the movie gets closer to release.

Do you think Shuri will be the new Black Panther after seeing the LEGO set? Let us know what you think!