It’s not every day when a Marvel Comics artist speaks out against the MCU for not looking comic-accurate and then body shames the actor.

Phase Four is about to end later this year, with Black Panther: Wakanda Forever (2022) being the final large project for the Phase. Despite Chadwick Boseman tragically passing away, the movie promises to honor him and still tell a compelling story about Wakanda and what has happened to the great nation since Avengers: Endgame (2019).

Fans have learned that Namor and potentially Doctor Doom will be involved in the movie as Namor’s people will end up starting a war with Wakanda. While fans have been trying to figure out who the Black Panther is, no one is certain if the movie will have one or more people wearing the mantle by the end of the movie.

Related: Marvel Reimagining ‘Black Panther’: “Our Apex Black Superhero as He Was Truly Meant to Be”

This MCU movie doesn’t appear to have a lot of connections to any big comic run just yet, but that didn’t stop a Marvel Artist from having some thoughts about some of Marvel’s recent decisions with the movie.

Surprisingly, Mike Deodato, Jr., a veteran of Marvel Comics, isn’t a big fan of Tenoch Huerta’s Namor. While the MCU’s iteration of the character has created a lot of controversies, the artist didn’t care to acknowledge the changes to Namor’s heritage but focused more on the actor’s physique. 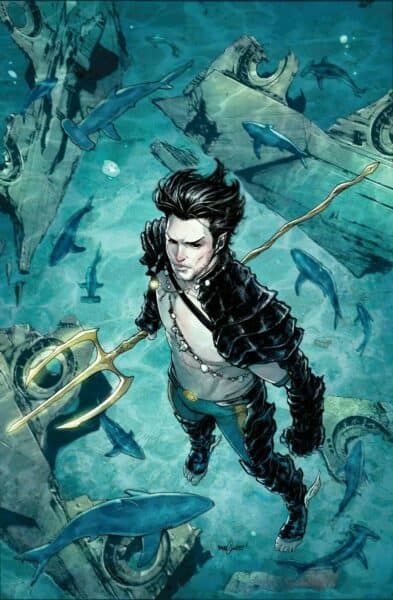 Deodato Jr. posted his thoughts but quickly took down the post. Fortunately, The Direct saved a screenshot of the post so that way fans can still see what the artist said about Huerta’s Namor:

“You can tell somebody screwed things up when a character from a movie looks in worst shape than the 60 years old artist who drew him.”

Deodato Jr. probably regrets posting his thoughts now, but it’s absurd that the artist believed Huerta should look just like his character does in the comics. Marvel obviously cares about making Namor appear strong, but having the right person playing the role is more important than having the actor be very muscular.

If anything, Marvel comics depict an unrealistic portrayal at some points because not every actor can become that muscular, and it’s not fair for Marvel to ditch an actor who can play the character but doesn’t have the physique because it’s not hard to get a person in with the right body. The challenge is finding the right actor.

Since fans haven’t seen Huerta’s Namor just yet, it’s unfair to say that he’s worth the wait, but body-shaming him before seeing him in the movie is also not right. Huerta isn’t as muscular as Chris Evans or Chris Hemsworth, but that shouldn’t make fans begin to dislike the character so soon.