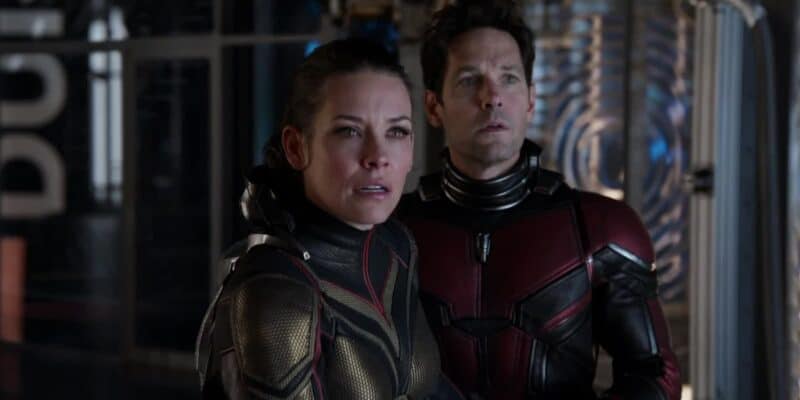 Marvel fans have decided that Paul Rudd’s time as Scott Lang/Ant-Man is about to end. Rumors have suggested that Kang the Conquerer (Jonathan Majors) will take out the smallest Avenger in Ant-Man and the Wasp: Quantumania on February 17, 2023, to establish himself as a Thanos-level threat before Avengers: Kang Dynasty on May 2, 2025. But the fate of Evangeline Lilly’s Hope van Dyne/Wasp has not been addressed.

The rumors that Scott Lang’s death is looming in the Marvel Cinematic Universe come from the recasting of his daughter Cassandra Lang/Cassie, with Kathryn Newton (Freaky) taking on a more significant role in Quantumania and setting her up to become the Young Avenger Stature.

Marvel fans have complained that the MCU skipped over the original Wasp, Janet van Dyne (Michelle Pfeiffer). Janet was the one who originally gave the Avengers their name in The Avengers #1 (1963) by Stan Lee and Jack Kirby. But in the Marvel Cinematic Universe, Janet was stuck in the Quantum Realm. When Hope replaced Janet in the MCU, a new Wasp named Nadia van Dyne appeared, and Janet was also pushed from the front line of Marvel Comics.

But that is all about to change with a new series announced by Marvel.

Janet van Dyne debuted in Tales to Astonish #44  (1963) by Stan Lee, H. E. Huntley, and Jack Kirby as Henry “Hank” Pym’s partner, becoming the Wasp to avenge the death of her father, scientist Vernon van Dyne. Next year will mark 60 years since the iconic character first appeared. And January will mark the very first time one of the most foundational characters of the Marvel Universe will have a solo series.

Arriving in January, WASP will be written by superstar Marvel mastermind Al Ewing and drawn by Kasia Nie, known for her acclaimed work on titles like Mockingbird and Age of Conan: Belit. Like Ewing’s hit Ant-Man series currently on stands, WASP will pay tribute to Janet’s incredible legacy by shedding new light on her wild Silver Age origin, spotlighting her relationship with protégé Nadia Van Dyne, and paving the way for a bright future! The saga will also directly lead into another Ewing-penned series launching in the new year!

After countless Avengers missions, earth-shattering battles, and fabulous costumes, Janet Van Dyne is ready to start a new chapter in her legendary super hero career! But as she sets out to change up her role within Earth’s Mightiest Heroes, a villain from her past rises out of the shadows to ruin all she’s worked for. Joined by Nadia Van Dyne, Janet and Nadia team up against a dangerous new organization with shocking connections to both their histories. As the threat grows more urgent, Janet and Nadia will face a test so great that they may become the very thing they fear most…

It’s about time that Janet van Dyne will get a chance to shine. And this could indicate that her MCU daughter, Hope van Dyne, will take on a more prominent role in Phases 5 and 6 of the Multiverse Saga. Ant-Man and the Wasp: Quantumania will see the return of Paul Rudd and Evangeline Lilly as Scott Lang/Ant-Man and Hope van Dyne/Wasp, respectively. While Rudd took the spotlight in the first Marvel movie, Lilly gained equal billing in the sequel Ant-Man and the Wasp (2018).

MODOK has been confirmed as the villain of Quantumania, and Peyton Reed is returning to direct.

Let us know in the comments if you will be picking up the new Wasp solo series.