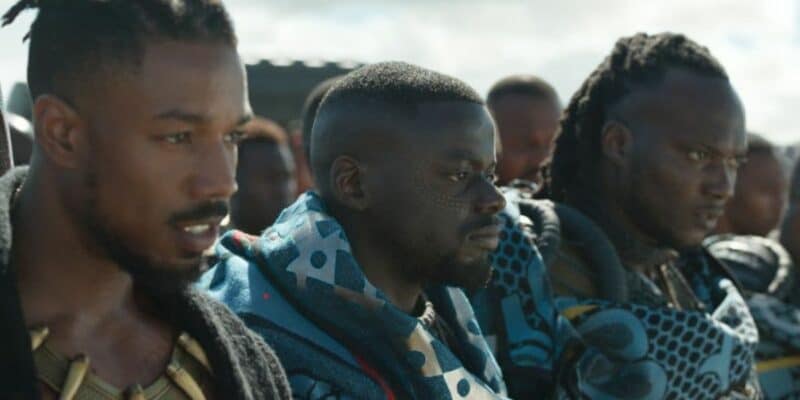 Black Panther: Wakanda Forever will release in theaters on November 11, 2022. The follow-up to Black Panther (2018) will feature much of the original cast except Chadwick Boseman (King T’Challa/Black Panther), who tragically died from colon cancer in August 2020. Also not returning is Nope (2022) star Daniel Kaluuya as W’Kabi. The actor recently shared his feeling about being absent for the sequel after watching the trailer Marvel Studios released at San Diego Comic-Con.

Marvel Studios confirmed that Get Out (2017) actor Daniel Kaluuya would not reprise his role as T’Challa’s friend and Okoye’s husband, W’Kabi. This was due to clashing production schedules between Wakanda Forever and Jordan Peele’s latest thriller Nope, where Academy Award winner Kaluuya played OJ Haywood.

Black Panther ended with W’Kabi betraying T’Challa and siding with Erik Killmonger (Michael B. Jordan). Marvel fans will get many answers in Wakanda Forever to the future of the Black Panther franchise, such as who will become the next Black Panther, as Kevin Feige has said they will not recast T’Challa despite petitions and threats of boycotts from fans. However, they will have to wait to discover W’Kabi’s fate after betraying Wakanda and the Dora Milaje.

Daniel Kaluuya revealed he has seen the emotional trailer for Black Panther: Wakanda Forever. He told Variety’s Marc Malkin, “Of course, I’ve seen it! […] It’s amazing.” Marvel fans agree as the trailer garnered 172 million views on the first day. But now, Kaluuya has spoken with The Independent about his future in the Marvel Cinematic Universe. When talking about his departure from Black Panther II, he said:

However, he did keep the door open about a possible future return in Black Panther 3.

Black Panther: Wakanda Forever will be the Marvel movie of 2022. It has had an uphill battle to hit theaters following the death of Chadwick Boseman and delays in production caused by the COVID-19 pandemic. Marvel Studios has not officially announced a Black Panther 3, but it is undoubtedly in the works as they are trying to keep the reveal of the new Black Panther in the MCU a secret.

Let us know in the comments if you will miss Daniel Kaluuya in Black Panther: Wakanda Forever when it hits theaters on November 11, 2022.