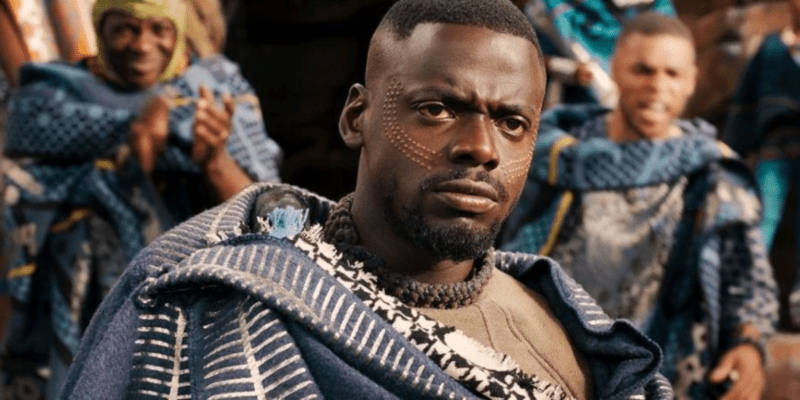 Daniel Kaluuya was a relatively unknown actor by the time he made his Marvel debut in Black Panther (2018). Now, he’s one of Hollywood’s leading men and taking on a-list films. As a result, Kaluuya won’t be reprising his iconic Marvel role.

The Marvel Cinematic Universe is moving forward with the Multiverse at full speed. Every Marvel fan can’t wait to see the introduction of the X-Men and more, but Black Panther: Wakanda Forever (2022) is getting ready to usher in Namor and the Kingdom of Atlantis.

With the tragic passing of legendary actor Chadwick Boseman in 2020, King T’Challa/Black Panther will unfortunately not be present in the epic Marvel sequel, with Letitia Wright (Shuri), Lupita Nyong’o (Nakia), Danai Gurira (Okoye), and Winston Duke (M’Baku) taking on the mantle of leading Wakanda.

Now, in a turn of events, Black Panther actor Daniel Kaluuya has confirmed that his W’Kabi character will not be appearing in Wakanda Forever:

Daniel Kaluuya will not return in ‘BLACK PANTHER: WAKANDA FOREVER’ due to scheduling conflicts with Jordan Peele’s ‘NOPE’.

Daniel Kaluuya will not return in ‘BLACK PANTHER: WAKANDA FOREVER’ due to scheduling conflicts with Jordan Peele’s ‘NOPE’.

Due to the production of Jordan Peele’s terrifying NOPE (2022) feature film, Academy Award-winner Daniel Kaluuya was unable to film any scenes for Wakanda Forever, causing his W’Kabi character to be axed from the upcoming Marvel movie.

Given that W’Kabi betrayed the throne of Wakanda in Black Panther and joined forces with Killmonger (Michael B. Jordan) but was ultimately defeated in battle and surrendered at the hands of Okoye and the Dora Milaje, it’s unclear how Daniel Kaluuya’s presence in Wakanda Forever would have panned out.

Nonetheless, Marvel fans are disheartened to learn that one of the best Black Panther actors won’t be on screen in the film’s sequel:

he will be missed

he will be missed pic.twitter.com/Zw6OW83VHK

While many are pointing out that Jordan Peele’s NOPE releases in theaters on July 22, the principal photography of both Wakanda Forever and NOPE reportedly wrapped around the same time, restricting Kaluuya from appearing in both films.