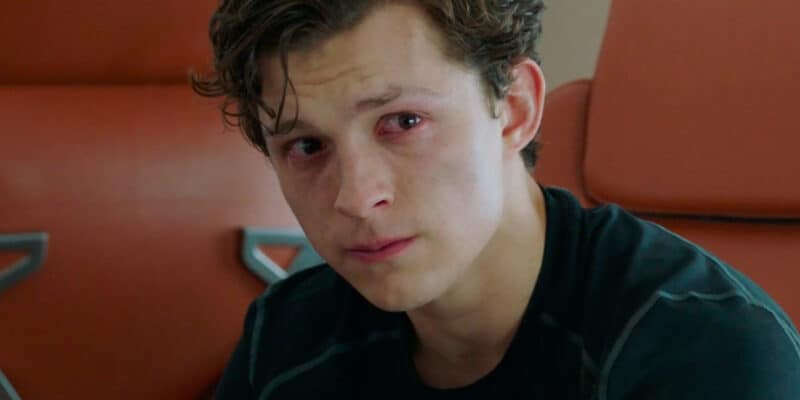 For 50 years, Stan Lee and Steve Ditko’s original Spider-Man origin story has withstood the test of time in both the Marvel Comics world and Kevin Feige’s Marvel Cinematic Universe.

Although comic book storylines don’t always play a role in the MCU, one thing that has remained true across both comics and Marvel Studios projects is that everyone loves Peter Parker.

Spider-Man/Peter Parker first appeared in Marvel Comics’ “Amazing Fantasy, No. 15” (1962). In this issue, sickly orphan Parker is bitten by a radioactive spider, ultimately turning from a somewhat self-absorbed irksome teenager into the web-slinging super hero we know and love today.

But now, in the upcoming “Amazing Fantasy #1000,” it seems that Parker may be ready to hang up his Spidey suit once and for all.

In one of the preview panels for the issue — drawn by “Daredevil” artist Marco Checchetto — Spider-Man is deep in thought. We come into the scene while he is lamenting the death of Uncle Ben, which Marvel fans know was the spark behind the character’s origin story. “I get busy doing the right thing–saving lives, fighting crime, being a relentless force for good,” Spider-Man says, continuing with, “I believe that if I can just do enough, it’ll be enough…”

He goes on to reflect on how he met an “amazing woman” — though we’re not told if it’s Gwen Stacy or Mary-Jane Watson — and sacrificed a great deal in his relationship to continue being New York City’s friendly neighborhood super hero. The six-panel preview concludes with Spider-Man contemplating retirement, saying, “I just don’t know how much longer I can take it.”

It is worth noting that Peter Parker has hung up his suit previously. The “Beyond” run saw Parker get injured, ultimately finding his replacement in clone Ben Reilly, who currently the supervillain, Chasm. Also, in the “Amazing Spider-Man” comics, there were recently three Spider-Men floating around the Big Apple.

In issues released in January 2022, Reilly was employed by Beyond Corporation and fan-favorite Brooklynite, Miles Morales, were both fighting crime, while Parker languished in a hospital bed following a particularly nasty supervillain battle.

Nonetheless, if Parker does decide to go into retirement in “Amazing Fantasy #1000,” it will throw a curveball for Marvel fans for the foreseeable future.

What do you think about Spider-Man potentially retiring in Marvel Comics?