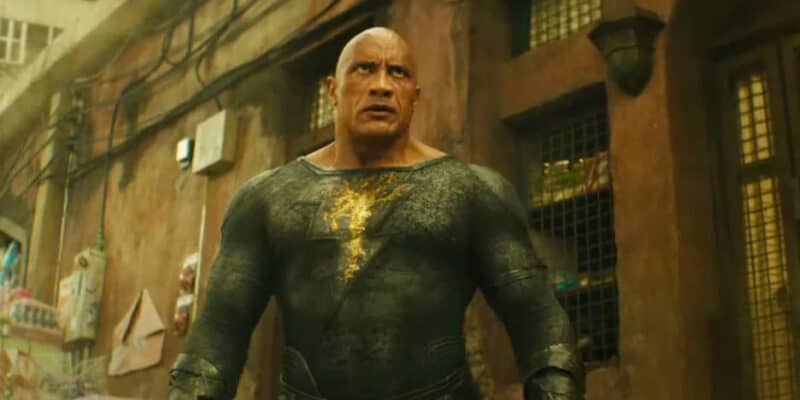 Renowned actor Dwayne Johnson could be making the leap from Warner Bros. and the DC Universe over to the Marvel Cinematic Universe.

It’s just a matter of weeks until Dwayne Johnson’s DC blockbuster Black Adam (2022) makes its debut in theaters, but it seems the actor might have other options in the future.

We previously reported that Disney was eyeing The Rock as a potential replacement for Will Smith as Genie in the upcoming Aladdin 2 project and to potentially join the Pirates of the Caribbean franchise in Johnny Depp’s absence.

Now, however, there is a report from Giant Freakin’ Robot that indicates Johnson could be joining the Marvel Cinematic Universe.

The report shares that Kevin Feige is eyeing The Rock to play the prominent villain Apocalypse.

As the X-Men make their way to Marvel Cinematic Universe, there is certainly reason to believe that Apocalypse (En Sabah Nur) will get a rebooted opportunity following X-Men: Apocalypse (2016), where he was portrayed by Oscar Isaac. While the film brought in $543.9 million at the box office, many fans came away disappointed.

However, there are some obstacles to getting Johnson in the MCU. The report indicates:

“For one thing, he seems pretty locked down over at Marvel’s main competitor, Warner Bros. Discovery’s DC Extended Universe. Johnson is set to make his debut in the DCEU as Black Adam in October, in perhaps the most hyped DC superhero film ever. Not only that, but it seems that the studio is looking to center the eternally-chaotic DCEU around Black Adam as a character, moving the franchise on from the troubled Snyderverse years. Not only that, but we have reports that Warner Bros. Discovery is looking to bring Dwayne Johnson on board not only as a star but as a consultant advisor to the entire franchise, which kind of seems like a conflict of interest for Marvel.”

Dwayne Johnson, who got his full-length feature film beginning in Universal Pictures’  The Mummy Returns (2001) and the subsequent spinoff The Scorpion King (2002) after a successful career as a professional wrestler in the WWE, has become a household name.

Johnson has become synonymous with many box office successes including films like Jungle Cruise (2021), Moana (2016), the Jumanji franchise, Central Intelligence (2016), the Fast & Furious franchise, and many others. The NBC sitcom Young Rock has also been a popular offering for fans wanting to know more about his life prior to wrestling and acting, as well as the relationship he had with his father, Rocky Johnson.

What do you think of Dwayne Johnson potentially joining the Marvel Cinematic Universe? Let us know in the comments!