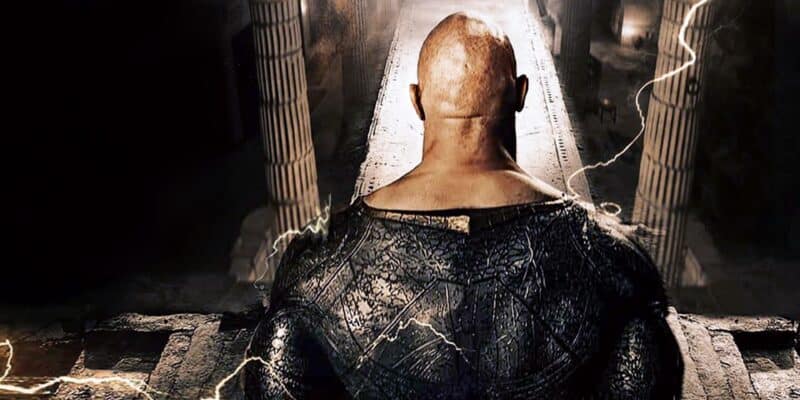 Moon Knight explores a superhero who deals with Dissociative Identity Disorder. The series will follow Steven Grant/Marc Spector/Moon Knight as they end up on an adventure with the Moon God, Khonshu guiding him. Star Wars alum, Oscar Isaac has already admitted that he had a lot of fun with the character as he got to play several roles at once.

Diab had recently confirmed that Moon Knight will have Jewish heritage just like the comics. Fans were angry at the idea of Moon Knight not keeping his heritage after one of the creators, Alan Zelentz said it doesn’t matter if the hero’s heritage is changed. Diversity has been a hot topic as of late with the controversial “Don’t Say Gay Bill” as Disney has caused many fans to be angry with the company’s recent actions.

Diab shared how great it was that Moon Knight could “showcase” Egyptian talent as the series has a large focus on Egypt and Egyptian mythology. In a recent interview, Diab shared how grateful he was to share Egyptian culture with Marvel fans:

“I wanted to showcase Egyptian talents as much as I could. Every culture should be represented by its people so I hired actors, an editor, a costume designer, an art director & a composer who are all Egyptian.”

Marvel may be struggling to keep fans happy with their recent changes to Marvel characters, but DC may not be doing any better. The Moon Knight director explained that he was “annoyed” with DC for missing the opportunity to have Egyptian characters in Black Adam:

“I was really annoyed with DC when they set Black Adam in a fictional middle eastern country as an excuse to cast non-Egyptians, when it was obviously meant to be in Egypt. Representation opportunities shouldn’t be wasted… But it’s not a full mistake since it’s based on an iteration of the comics that doesn’t mention Egypt.”

Diab points out that DC didn’t try to include more diversity with Black Adam as the fictional Kahndaq would’ve been a perfect opportunity to do so. Kahndaq is set between Egypt, Israel, and Palestine as a fictional middle-eastern country. It was originally part of Egypt before it broke off to become its own empire. The country is ruled by Black Adam in the comics and the people of Kahndaq share a similar culture to Egypt.

While it may not be hurting the comic’s depiction of Kahndaq to not have Egyptian actors and crew to help with the country’s design, it would have been an easy decision to do so. Diab makes it clear that fans should see this as a “wasted” opportunity for DC. Many fans are looking forward to seeing Johnson as Black Adam later this year even though the film was delayed a few months.

Do you think Black Adam should include Egyptian culture and actors? Do you think super hero movies need more diversity? Let us know what you think in the comments section below!