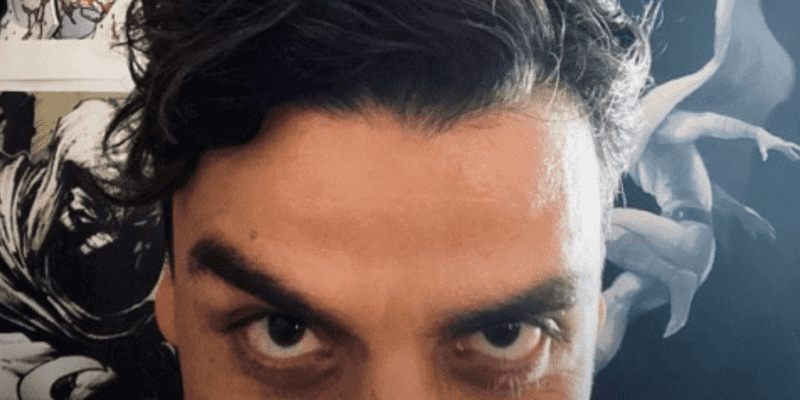 While every Marvel fan is currently counting down the days to the premiere of Doctor Strange in the Multiverse of Madness (May 6, 2022), many are overlooking the next entire in Marvel’s Phase Four schedule – Moon Knight starring Oscar Isaac (Star Wars) on Disney+ on March 30. The latest original Marvel series has struggled to gain traction with some MCU fans who are unfamiliar with the Marvel Comics character. And it’s been overshadowed by some controversy with how Marvel Studios has planned to adapt Marc Spector/Steven Grant/Moon Knight for the Marvel Cinematic Universe.

For those who are not aware, Moon Knight first appeared in Werewolf by Night #32 (1975) by Doug Moench and artist Don Perlin. Moon Knight has Dissociative Identity Disorder, which means he has separate personalities or alters that can take over his consciousness. This includes the main alter in the comics, Marc Spector, the son of a Rabbi. Marvel Studios boss Kevin Feige has not confirmed whether Moon Knight will be Jewish in the MCU, but according to the official description of the series, the main alter has been changed to Steven Grant:

If Moon Knight is not confirmed to be Jewish, it would be the third time the Marvel Cinematic Universe erased a Jewish characters’ heritage following Wanda Maximoff/Scarlet Witch (Elizabeth Olsen) and Peter Parker/Spider-Man (Tom Holland). The controversy came to a head when Alan Zelenetz, who worked on the Moon Knight comic for Marvel, revealed he did not think it mattered if Moon Knight was Jewish in the Marvel Universe, saying he sensed that “The boycott is around the corner.”

However, Marvel fans have no plans to boycott Moon Knight, which will be the darkest show produced by Marvel Studios for Dinsey+. And Oscar Isaac hosted Saturday Night Live and made a joke about how he is often cast in roles whose ethnicity he does not have. He said:

“My name is Oscar Isaac, but my full name is Óscar Isaac Hernández Estrada. I said to Hollywood, ‘You can pick two of these names.’ Guess what they went with? The white ones. Or, as casting directors call that ‘ethnically ambiguous.’ According to them, I can play anything from a pharaoh to Timothée Chalamet’s daddy.”

Oscar Isaac is half-Guatemalan and half-Cuban and played a Pharoah in his first entry in a Marvel film with 20th Century Pictures X-Men: Apolocapylse (2016). He was En Sabah Nur/Apolocapylse, a major X-Men villain. He also appeared in another Marvel film, Sony’s Spider-Man: Into the Spiderverse, as Miguel O’Hara/Spider-Man 2099.

The Dune actor is clearly ready for his Marvel Cinematic Universe debut on Moon Knight. In his SNL monologue, he called it a “full circle” moment and showed a clip of a film he and his friend made as children, which he called The Avengers. He shared multiple clips, joking that it was now an NBCUniversal licensed film.

Moon Knight is coming to Disney+ on March 30 and will expand Marvel’s pantheon of powerful gods by introducing the Egyptian god of the Moon, Khonshu. Director Mohamed Diab leads Oscar Isaac, Ethan Hawke, and May Calamawy in a gritty series that is already being compared to the Marvel Netflix shows Daredevil, Jessica Jones, Luke Cage, and The Defenders.

Ethan Hawke is playing Arthur Harrow, a mad scientist who is rumored to have been combined with the Marvel Comics’ character Sun King. Moon Knight will take the Marvel Multiverse back to its roots as the Fist of Khonshu, and his multiple personalities unravel a brand new mystery.

Let us know in the comments if you are ready for Oscar Isaac in Moon Knight.