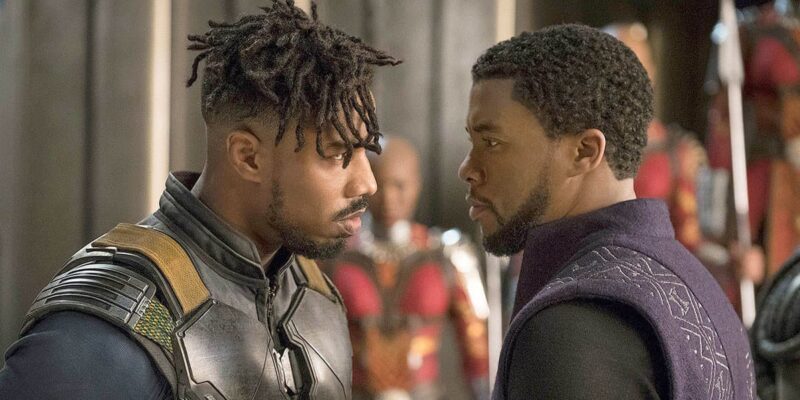 While the sequel, on the many years up to its release, was weighed down by the grief of Chadwick Boseman’s passing in 2020, anticipation was high over who would take on the role of the eponymous superhero. But, now that fans know who is donning the suit and claws, is Marvel already ready to move on to a new Wakandan warrior?

The sequel also introduced a slew of new characters such as the Marvel movie’s main antagonist, Namor, with newcomer Tenoch Huerta playing the King of Talokan, and Dominique Thorne as Riri Williams AKA Ironheart. In a surprise move for audiences, Julia Louis-Dreyfus returned to the MCU as Valentina Allegra de Fontaine after having appearances in The Falcon and the Winter Soldier and Black Widow (2021). Her continued appearances in Marvel Phase Four and the Multiverse Saga is a sure sign she will be a key player in the forthcoming Phase Five and future Thunderbolts (2024) movie.

Related: “Get A Life,” ‘Black Panther’ Star Lashes Out At Publication Over Old Controversy

Black Panther: Wakanda Forever acted as the climax to Feige’s Phase Four, and with any finale, it needed to tie up enough loose ends to feel substantial while also balancing the intrigue of what is to come. The mid-credits scene for the Black Panther sequel showed Wright’s Shuri — the new Black Panther of Wakanda — meeting up with friend and ally, Nakia (Nyong’o) on the coast of Haiti. Here it is revealed that Nakia and T’Challa, played by the late Chadwick Boseman, had a child called Toussaint.

Or as he calls himself, “Prince T’Challa, son of King T’Challa.”

It could, of course, be an homage to the actor who originated the role of the Black Panther T’Challa for the big screen back in 2016’s Captain America: Civil War, but when looking through the lens of the fan outcry that followed Marvel’s decision to not recast T’Challa after Boseman’s death, it may be the answer to satiating that backlash. T’Challa, after all, is the most prominent Black Panther in Marvel Comics history, so having the live-action universe give his child the same name — in the comic books it was Azari, not Toussaint — could be an indication that T’Challa will once again take centerstage.

A recent theory posited the return of T’Challa in a future Avengers installment. In 2025 and 2026, Marvel Studios’ next crossover movies will release. First up will be Avengers: The Kang Dynasty (2025) followed by Avengers: Secret Wars (2026) a year later. The latter is inspired by the famous comic book arc which brings together multiple Variants of heroes from across the Multiverse to Battleworld by the cosmic entity, the Beyonder. The Direct wrote:

Avengers: Secret Wars could give Toussaint’s version of T’Challa the opportunity to be even more involved as a member of the Avengers, as he was for many years in the comics.The movie could assemble an amalgamated version of the team made up of the best and brightest across the Multiverse to face Kang’s threat, which would undoubtedly include a T’Challa Variant.

It makes sense, even with Shuri’s Black Panther, for Toussaint/T’Challa to appear later down the line. With his existence and name reveal being the climactic scene of Black Panther: Wakanda Forever, it is likely this character will go on to become a new Black Panther for Phase Five, Six, and potentially beyond.

There is, though, the chance that Coogler, and producers Feige and Nate Moore utilized this ending to honor Boseman’s legacy. The film was in some ways a meta-exploration of grief with the death of T’Challa/Boseman playing out in parallel both in our real world and the Earth-616 audiences are accustomed to on-screen.

Then there’s the case of the fan outcry. Over the years since Boseman’s death, fans of the MCU and of Black Panther have levied frustration and disappointment at the blockbuster studio for not continuing the story of T’Challa in the world’s biggest cinematic franchise. Some called out Marvel’s lack of knowledge, their use of the term mantle, and even described the choice to kill T’Challa off as the “biggest attack in MCU history.”

Maybe Marvel is writing that wrong by introducing an all-new T’Challa.

Do you think the new T’Challa will show up later on in the MCU? Let us know in the comments down below!