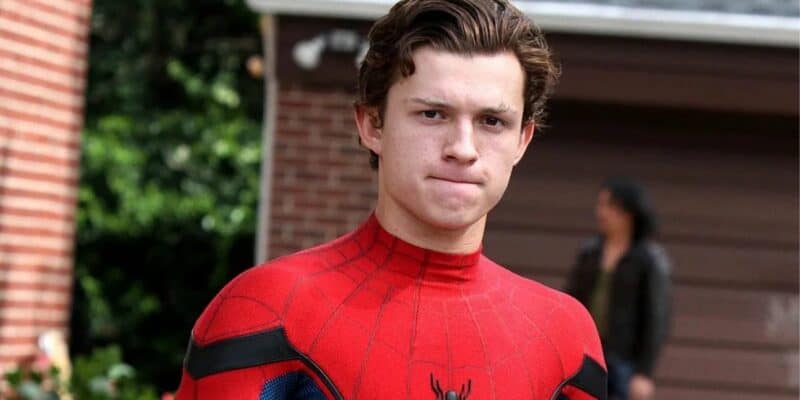 This star of the Spider-Man trilogy will be taking on a new role very soon!

The Spider-Man character has been synonymous with Marvel Comics for decades. As one of the flagship characters, the New York web-slinger has been around for 60 years, with appearances on the page, stage, and screen; making not only Peter Parker a household name but also of characters like Aunt May and Uncle Ben, Norman Osborn’s Green Goblin and Doctor Octopus. Sam Raimi’s early 00s trilogy saw Spidey get the live-action blockbuster treatment with Tobey Maguire taking on the role of Peter Parker, followed five years later by the arrival of Andrew Garfield in Marc Webb’s The Amazing Spider-Man (2012). Based on new information, there could be more change-ups or recasts coming soon, and not just those rumored for Paul Rudd’s Ant-Man.

Now, one of these Spider-Man stars will take on a new leading role in an upcoming movie musical.

The Mean Girls musical is based on the stage adaptation of the noughties classic teen romantic comedy, Mean Girls (2004). A cult following that has endured over the years, Mean Girls starred an A-List cast including Lindsay Lohan as new-to-town Cady Heron, Rachel McAdams as Plastics ringleader, Regina George, with Lacey Chabert and Amanda Seyfried as Gretchen Wieners and Karen Smith, respectively. The comedy was directed by Mark Waters and written by 30 Rock star Tina Fey; the musical adaptation was also penned by Fey and opened on Broadway in 2018.

And with a successful stage musical, there is most likely a movie adaptation close on its heels. The film is headed by Paramount with the studio’s streaming service, Paramount+ being the likely home of the project. Now, the cast has been announced for the Mean Girls musical and it features a few familiar faces, including one star from the Spider-Man franchise.

Angourie Rice, of course, played Peter Parker’s Midtown School of Science and Technology classmate and budding reporter, Betty Brant in all three of Jon Watts’ Spider-Man trilogy — Spider-Man: Homecoming (2017), Spider-Man: Far From Home (2019), and Spider-Man: No Way Home (2021). She also starred as Brant in The Daily Bugle web series. As for the rest of the cast, Auli’i Cravalho voiced the character Moana in the 2016 Disney animated classic of the same name with Reneé Rapp having already starred as Regina George in New York City, taking on the stage role originated by Taylor Louderman.

Lorne Michaels is producing with Tina Fey. Erin David, Caroline Maroney, and Micah Frank are overseeing for Broadway Video, and Eric Gurian and Jeff Richmond for Little Stranger. Arturo Perez and Samantha Jayne are directing with Fey writing the adaptation.

As for the Spider-Man franchise, a fourth outing in the Holland era is still up for debate. There has been word on both sides with the Uncharted actor saying he is both up to comeback while also stating his need to explore another avenue of work. Similarly, no concrete word from Marvel Studios and Sony Pictures, the duo behind the Spider-Man films, has been stated. There is room for more Spider-Man in the movie world, whether that is in the MCU or in Sony’s own live-action Spider-Man Universe helmed by producer Amy Pascal. The latter will soon release Kraven the Hunter (2023), and El Muerto and Madame Web in 2024. The two will join the world established by Tom Hardy’s (Eddie Brock) Venom in 2018.

Spider-Man: No Way Home left lots to be answered, so fans are hoping that characters like Peter Parker, Ned, MJ, Betty Brant, and Flash get a chance to fulfill their storylines in a future MCU movie for the billion-dollar franchise.

Do you think a live-action Spider-Man will be returning to the big screen? Let us know in the comments down below!