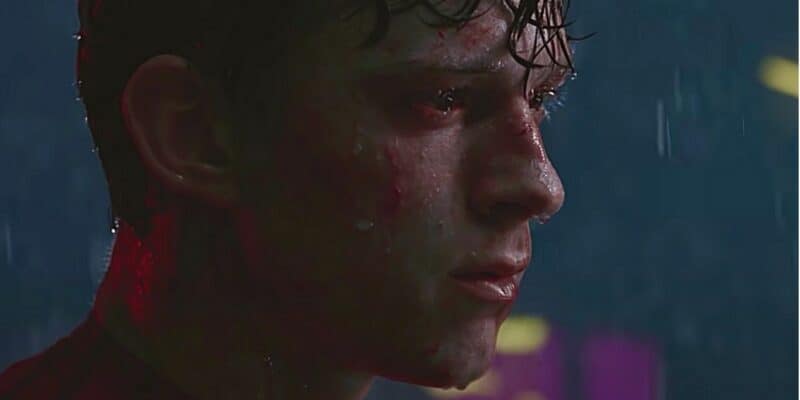 To everyone’s surprise, Tom Holland isn’t attached to Spider-Man 4 as of right now.

Related: Sam Raimi Wants To Direct ‘Spider-Man 4’, but Not With Tom Holland

Holland did confirm a few months ago that he will be taking an acting break before returning to work on any new project. While fans are unsure how long his acting break will be, it’s now unclear when the actor will return to play Spider-Man.

Right after Spider-Man: No Way Home (2021), Sony and Marvel have reportedly started working on a new trilogy of Spider-Man movies focused on Holland’s Peter Parker/Spider-Man with Spider-Man 4 in early development.

Other reports indicated that Zendaya’s MJ and Jacob Batalon’s Ned Leeds would return in the fourth movie, but now a new report claims that Holland might not be signed to return as Spider-Man so soon. The Ankler‘s Jeff Sneider claims that he doesn’t believe Sony has made the actor sign a contract yet, despite wanting Holland to carry the Spider-Man franchise and the Uncharted franchise:

“Okay, so Sony may not have the biggest bench in terms of franchises, but it wisely made a deal with Marvel Studios to get its marquee character Spider-Man into the MCU, which helped make the studio’s solo Spidey movies must-sees, even more so. And while plans are in motion for another Spidey trilogy starring Tom Holland, I don’t believe he has actually signed a deal yet, so those plans remain unofficial for now. That said, I’m sure that more Spidey adventures with Holland are a top priority for Rothman & Co., which is also counting on him as the anchor of its budding Uncharted franchise as well.”

While fans don’t know anything about what Spider-Man 4 is, it will probably be focused on Tom Holland’s Spider-Man learning how to stay as the friendly neighborhood Spider-Man and trying to get MJ to remember who he is without freaking her out. Hopefully, Tom Holland will be a part of the movie, or else would have to be about Tobey Maguire which would surprise fans, but seems very unlikely to happen before Holland’s next debut as the iconic web-slinger.

Do you think Tom Holland’s Spider-Man will return to the MCU soon? Let us know what you think!