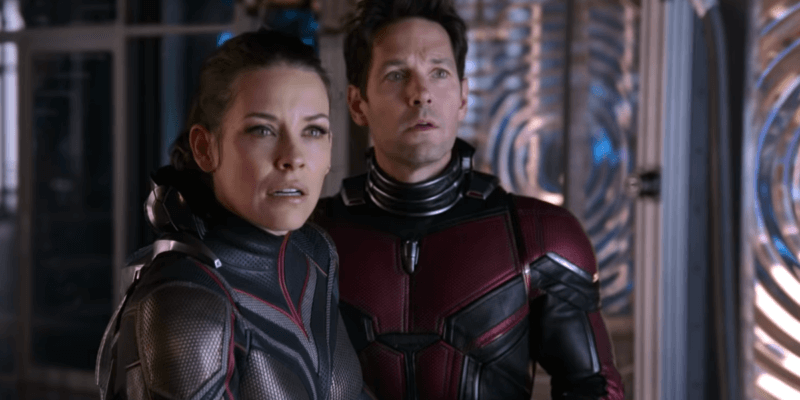 One star of the upcoming Marvel Cinematic Universe movie Ant-Man and the Wasp: Quantumania (2023) is facing continued and renewed allegations of sexual misconduct and aggressive behavior that may see them removed and recast in Kevin Feige’s MCU.

Actor Bill Murray is currently set to make his MCU debut in next year’s Ant-Man sequel, Ant-Man and the Wasp: Quantumania from director Peyton Reed with the screenplay by Jeff Loveness. While Murray’s role is undisclosed in the Multiverse Saga, anticipation is high for this celebrated actor and comedian to join the likes of Paul Rudd (Scott Lang/Ant-Man), Evangeline Lilly (Hope van Dyne/Wasp), Michael Douglas (Hank Pym), and Michelle Pfeiffer (Janet van Dyne) in the Marvel film. This time around the cast will also be joined by Kathryn Newton as Cassie Lang; the actress replaces Emma Fuhrmann who played Scott’s daughter in Avengers: Endgame (2019).

But, despite excitement brewing for the return of the Langs, Pyms, and van Dynes, as well as the official debut of Jonathan Majors as Kang the Conqueror and a deeper exploration of the Quantum Realm, Murray finds himself in tricky waters. It was recently revealed that the actor settled with a younger female crew member and is now facing a wave of worrying allegations.

Deadline reports on the allegations that were originally shared in an expose from Puck. The news outlet wrote:

A new report from Puck this week alleges that Bill Murray has paid a $100,000 settlement to a “much younger” female crew member on the film Being Mortal, the production of which Deadline first reported in April was being suspended due to a complaint made against Murray for inappropriate behavior.

The report alleges that Murray, 72, kissed and straddled the woman on set. She was allegedly “horrified” and “interpreted his actions as entirely sexual,” and filed a complaint against the actor.

The allegations of misconduct from Bill Murray are not surprising considering the historic complaints the well-known actor has had levied against him. This specific case on the set of Searchlight Pictures’s Aziz Ansari-helmed Being Mortal first came to press attention after production on the film was shut down for investigative purposes in April 2022. Murray later sat down with CNBC and shared his side of the story — that is, he claimed that he acted in jest and that action was taken the “wrong way”. Murray, in part, said:

“The company, the movie studio, wanted to do the right thing, so they wanted to check it all out, investigate it, and so they stopped the production. But as of now, we’re talking and we’re trying to make peace with each other.”

And while production remains suspended on Being Mortal, more allegations have been made against the Hollywood star. Actress Geena Davis shared in her memoir, “Dying of Politeness” (2022), that Murray insisted on using a massager on her the first time they met for the movie Quick Change (1990), and later, the spaghetti strap incident during their dual interview on the Arsenio Hall Show.

One of the most shocking allegations of serious misuse of power and status comes from Buffy the Vampire Slayer and Family Guy actor, Seth Green, who claims Murray ignited over a small altercation in the SNL waiting room in which Green, aged nine at the time, was apparently using Murray’s armrest. Green said:

“He picked me up by my ankles,” said Green of Murray, “held me upside down…dangled me over a trash can and he was like, ‘The trash goes in the trash can.’ And I was screaming, and I swung my arms, flailed wildly, full contact with his balls. He dropped me in the trash can [and] the trash can falls over. I was horrified. I ran away, hid under the table in my dressing room and just cried.”

Known for movies like Ghostbusters (1984), Groundhog Day (1993), Charlie’s Angels (2000), and Lost in Translation (2003), Murray has had a decorated career and this slew of allegations could prove enough to topple the empire. Murray’s upcoming role in Ant-Man and the Wasp: Quantumania may be called into question by Marvel Studios, or its owner, The Walt Disney Company. The latter has not been afraid of making significant changes to its projects when dealing with problematic or controversial actors. Just last year, Lucasfilm and the Mouse House famously dismissed Gina Carano from The Mandalorian and Star Wars universes after her continued social media controversies.

With Reed’s Ant-Man threequel still four months away, and Murray’s role relatively unknown — only San Diego Comic-Con and D23 Expo audiences have seen the trailer, after all — it may prompt Disney to reshoot Murray’s scenes and recast his role. Of course, nothing has been confirmed from any of the involved studios, but judging by historic events similar to this, it would not be a surprise if Murray’s MCU career was over before it had even begun.

Ant-Man and the Wasp: Quantumania opens on February 17, 2023 as part of Marvel Phase Five.

Do you think Bill Murray will be removed and his part recast in Ant-Man and Wasp: Quantumania? Let us know in the comments down below!