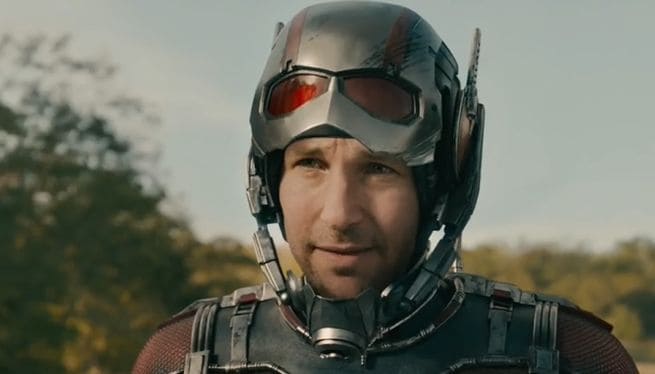 “Have I killed you before?” — it’s a chilling line delivered by Jonathan Majors’ Kang the Conqueror in the (leaked) trailer for director Peyton Reed’s Ant-Man and the Wasp: Quantumania (2023), and sets the tone for what looks to be a very dark third installment in the Ant-Man franchise.

With a chaotic, cunning villain playing opposite Paul Rudd’s Scott Lang, fans are worried that Ant-Man won’t survive the Quantum Realm, leaving the door open for another character to take up the mantle of the size-shifting Avenger — his daughter, perhaps?

Ant-Man and the Wasp: Quantumania was originally set to end Marvel Phase Four, then it was switched with Brie Larson’s Captain Marvel sequel, The Marvels (2023), which landed it in the February 2023 slot. But, after Marvel Studios and Kevin Feige’s dynamite presentation at San Diego Comic-Con’s Hall H over the summer, it was revealed that Ryan Coogler’s Black Panther: Wakanda Forever (2022) will wrap the troubled Phase of the Marvel Cinematic Universe, leaving Ant-Man and the Wasp: Quantumania opening Phase Five early next year. The Multiverse Saga will continue through 2025.

The Marvel movie, written by Jeff Loveness, sees the return of Paul Rudd as the titular character, joining his equally-billed counterpart, Evangeline Lilly as Hope van Dyne/Wasp. The pair will share the screen with Michael Douglas and Michelle Pfeiffer as Hank Pym and Janet van Dyne, respectively, as well as Kathryn Newton as Cassie Lang; Scott’s daughter was originally played by Emma Fuhrmann in Avengers: Endgame (2019). Bill Murray has been cast in an undisclosed role, with Majors taking on the iconic Marvel Comics-inspired role of Kang the Conqueror. MODOK will also appear.

For a long time fans have wondered how Rudd’s Ant-Man will stand up to Majors’ Kang after his sinister first appearance — albeit as He Who Remains — in Michael Waldron and Kate Herron’s Loki, starring Tom Hiddleston as the titular God of Mischief. And it seems following the leaked viral and trending trailer that their worries could prove to be right. While the following is essentially spoiler-free, some content may contain light spoilers from the trailer.

SCOTT IS NOT MAKING IT OUT ALIVE #AntManandTheWaspQuantumania #MarvelStudios

They really put #antman up against Kang THE Conqueror!! Likeee this man KILLED THANOS!!! We really gonna watch 2 hours of Antman getting bodied #AntManandTheWaspQuantumania #KangTheConqueror

They really put #antman up against Kang THE Conqueror!! Likeee this man KILLED THANOS!!! We really gonna watch 2 hours of Antman getting bodied 💀💀 #AntManandTheWaspQuantumania #KangTheConqueror pic.twitter.com/4sKlW5t8yG

Scott dies?! Well then I’m not wasting my money seeing it (I absolutely still am) #AntManandTheWaspQuantumania

Scott dies?! Well then I'm not wasting my money seeing it 😤 (I absolutely still am) #AntManandTheWaspQuantumania

#Kang after killing Ant-Man, the Wasp, & Cassie in #AntManandTheWaspQuantumania

#Kang after killing Ant-Man, the Wasp, & Cassie in #AntManandTheWaspQuantumania pic.twitter.com/1jfrsrshF5

Along with the leaked trailer, there are other things that signal time being up for Paul Rudd’s Scott Lang.

Chris Hemsworth’s Thor franchise was the first MCU property to reach four installments, with Anthony Mackie’s outing as Captain America in Captain America: New World Order (2024) making the First Avenger’s franchise the second. For the most part, it feels that Ant-Man and the Wasp: Quantumania is the end of this particular story of the live-action Marvel Universe character, however, there is a possibility that Rudd and others may show up in the future Marvel Phase Six Avengers two-parter, Avengers: The Kang Dynasty (2025) and Avengers: Secret Wars (2025). Although, it’s likely Newton’s Cassie Lang will continue the Ant-Man story in the future.

Cassie Lang is a major part of Marvel Comics lore and chances are that her superhero counterparts — either Stature or Stinger — may make an appearance in Reed’s third Marvel film, starting a path to bring Newton into the MCU on a larger scale.

Ant-Man and the Wasp: Quantumania is currently slated to debut exclusively in movie theaters on February 17, 2023.

What do you think will happen to Scott Lang in Ant-Man and the Wasp: Quantumania? Let us know in the comments down below!