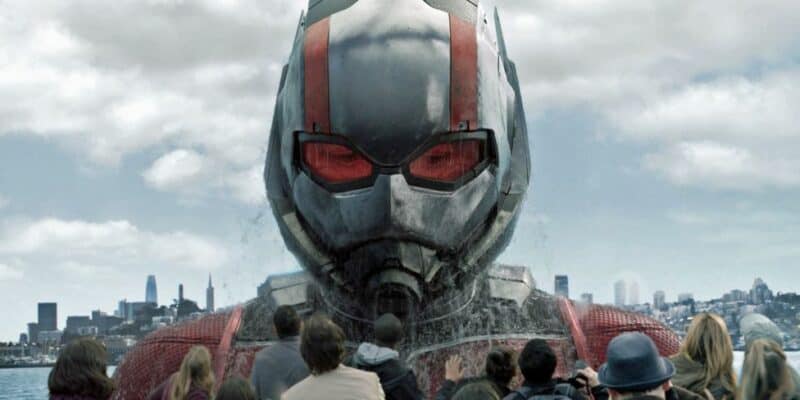 Marvel fans will soon return to the Ant-Man universe in just six months’ time. Ant-Man and the Wasp: Quantumania (2023) from director Peyton Reed finds Paul Rudd’s Scott Lang/Ant-Man teaming up with Evangeline Lilly’s Hope van Dyne/Wasp in a third outing that also is set to fully introduce Jonathan Majors as Kang the Conqueror.

While Ant-Man and the Wasp: Quantumania, like all the other movies in Kevin Feige’s Marvel Cinematic Universe, will be a flashy, high-profile affair, another comic book movie with ties to the Ant-Man series is also in production.

Reed’s Ant-Man (2015) gave actor Paul Rudd his debut as the popular Marvel Comics Avenger. The popularity of the movie, as well as his role in Captain America: Civil War (2016), saw a sequel — Ant-Man and the Wasp (2018) — released three years later. With equal billing in the sophomore film, Hollywood actress Evangeline Lilly joined forces with Rudd’s Ant-Man to stop crucial Pym technology, and access to the Quantum Realm, from falling into the wrong hands.

It is this sequel that gave the MCU another new villain in the form of Hannah John-Kamen’s Ava Starr AKA Ghost. Needing Hank Pym’s (Michael Douglas) technology to reverse the effects of her molecular instability, the superhero caper eventually proved that teamwork makes the dream work. Ant-Man and the Wasp also marked the first appearance of Hank’s wife, and Hope’s mother, Janet van Dyne (Michelle Pfeiffer). The Quantum Realm will become a key player in Ant-Man and the Wasp: Quantumania, and seemingly the Multiverse Saga as a whole.

While Rudd, Lilly, Douglas, and Pfeiffer are all set to return in next year’s threequel, John-Kamen will not. Instead, the Ghost actress will appear in The Climb (TBD) alongside Cara Delevigne (Valerian and the City of a Thousand Planets) and Hero Fiennes Tiffin (Harry Potter and the Half-Blood Prince). The original announcement of the movie reads:

Based on the true-life 2013 Greenpeace protest on top of London’s iconic skyscraper The Shard, and directed by experienced visual effects art director Hayley Easton-Street (“Edge of Tomorrow,” “Star Wars: The Force Awakens”), the film chronicles the efforts of six activists who staged one of the riskiest stunts ever performed: illegally scaling one of the tallest skyscrapers in Europe to protest oil drilling in the Arctic.

However, prior to John-Kamen joining The Climb, the actress was originally tapped to play the lead in Millennium Films’ reboot of Red Sonja — the flame-haired warrior from the Conan the Barbarian franchise. The Ant-Man actress dropped out of the movie earlier this year, leaving the studio hunting for someone to take over the role.

And now, per Deadline, it seems Millennium Media has tapped John-Kamen’s successor. The report reads:

Matilda Lutz (Revenge), Wallis Day (Sex/Life) and Robert Sheehan (The Umbrella Academy) have been tapped to lead the cast of Millennium Media’s upcoming comic book film Red Sonja, from director M.J. Bassett (Solomon Kane), which is now in production at the Bulgarian Nu Boyana Studio, with filming at the Greek Nu Boyana Studio to follow.

Director M.J. Bassett said this of the new leading lady:

“I’ve wanted to make a Red Sonja movie since I was a teenager – she has been a powerful presence for me and a character that I have always wanted to bring to the screen with my own voice and vision. When I met Matilda Lutz, I knew she had all the magic I was looking for and could see the complexity and depth she would bring to Sonja.”

Based on the Marvel Comics character of the same name, the original Red Sonja (1985) movie starring Brigette Nielsen and Arnold Schwarzenegger as Red Sonja and High Lord Kalidor, respectively, was a box office failure, and this reboot looks to revive the character for a new audience. At this point, Red Sonja is a five-decade-old property, with the character originally appearing in 1972’s “Conan the Barbarian #23”. She was created and developed over the years by people like Robert E. Howard, Roy Thomas, and Barry Smith.

Deadline also confirms who else will fill out the cast and creative team of the upcoming adaptation:

There is currently no release date set for the Red Sonja reboot.

As for Ant-Man and the Wasp: Quantumania, the Marvel movie from Reed and writer Jeff Loveness, will be the first for Phase Five after swapping positions with the Captain Marvel (2019) sequel, The Marvels (2023). Marvel Phase Five will then end with the Thunderbolts (2024), and Phase Six with Avengers: The Kang Dynasty (2025), and Avengers: Secret Wars (2025).

Will you be seeing Red Sonja when she returns to the screen? Let us know in the comments down below!