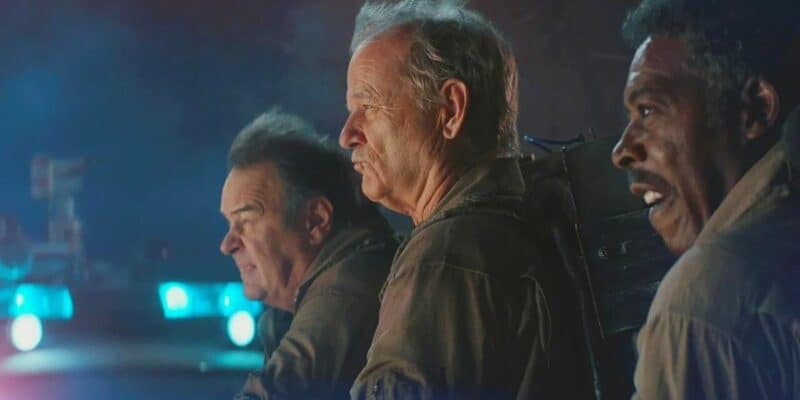 Someone must have left the Ecto-Containment Unit wide open, because Ghostbusters is about to unleash more content than it has ever done before. During the Ghostbusters Day event on June 8, Sony Pictures made several announcements about the future of the franchise.

So there’s a lot happening in the world of Ghostbusters, and recently, one of the original actors spent some time looking back on the franchise. Ghostbusters legend Ernie Hudson, 76, who plays Winston Zeddemore, gave his thoughts on the first two films in the series.

Now, he has also broken his silence on the widely hated 2016 reboot Ghostbusters: Answer the Call (2016), as well as the upcoming Ghostbusters 4, which has yet to reveal any cast members, though it’s expected that characters from Ghostbusters: Afterlife (2021) will return.

Here’s what he had to say about the female-led reboot (which, despite what you might think, was not the first of its kind in this franchise):

“Paul Feig came in with ‘Ghostbusters: Answer the Call.’ I love Paul, I really liked the movie a lot and definitely have a lot of love for the ladies who starred in it. But it was a reboot. I don’t like reboots, as we talked about earlier. But when Jason Reitman finally called and said they were moving forward with a ‘Ghostbusters’ that is an extension of the originals, that was really exciting.”

The 2016 film, directed by Paul Feig, was both a critical and financial disaster for Sony Pictures. So much so that a sequel was never green-lit, with the studio instead choosing to return to the original timeline established in the first two movies directed by the late Ivan Reitman, something Hudson is admittedly happy with.

And that original timeline is set to continue in next year’s Ghostbusters 4, which is slated for release on December 20. The film will “continue the Spengler family story” while returning to the franchise’s roots in New York City, as teased at the end of last year’s sequel, with Winston Zeddemore featuring in an intriguing cliffhanger of sorts.

In the same interview, Hudson was asked if he would be returning for a future Ghostbusters movie. Here’s his response:

“I think so. I think he’s definitely tied into the whole ‘Ghostbusters’ world. He’s a businessman now who has this international corporation, but I’ll always be a Ghostbuster. So, I think as long as there are ‘Ghostbusters’ movies, and Winston can put on the backpack and the jumpsuit still fits, we’ll see Winston involved. We are in Hollywood, but I certainly would love to be a part of, and we’ll see how it unfolds.”

Hudson only has a small role in Ghostbusters: Afterlife, but his return, along with that of Bill Murray’s Dr. Peter Venkman and Dan Aykroyd’s Dr. Ray Stantz, is one fans had been waiting to see since Ghostbusters II in 1989. Zeddemore’s role in the film, however, is a lot more prominent than his two co-workers.

Hudson also appears in the 2016 reboot, however, he plays an entirely different character in that film, which does not take place in the main Ghostbusters timeline. Although, with that said, both timelines do “cross the streams” in an IDW “Ghostbusters” comic book series crossover event.

Related: New ‘Ghostbusters’ TV Series Will Be Set In the Future

Here’s to hoping that Hudson reprises his role as Winston Zeddemore in Ghostbusters 4, as he’s easily one of the best Ghostbuster characters in the franchise. But at least he’ll be lighting up the proton pack again in the multiplayer game Ghostbusters: Spirits Unleashed later this month, alongside Dan Aykroyd.

Do you think Ernie Hudson will return as Winston Zeddemore in next year’s Ghostbusters 4? Let us know in the comments below!